Last summer, we discovered a cheap RTL8710AF WiFi module with many of the same function as ESP8266, but with an ARM Cortex M3 core instead. The only problem is that it was not quite as easy to play with as ESP8266 boards, as at the time I started by playing with AT commands with B&T RTL00 RTL8710AF module, and later on, I got a more convenient PADI IoT Stamp with breakout board, but if you wanted to change the firmware you had to play with the SDK and a J-Link SWD debugger. Realtek RTL8710AF did not offer the convenience of Arduino IDE program like its big brother “RTL8195AM” from the same Ameba family. I know mbed is being worked on, but in the meantime things have changed for the better, as kissste informed me that RtlDuino implementation added Arduino support to RTL8710AF and RTL8711AM modules, and an NodeMCU-like board with the same name was also sold for less than $10 including shipping. 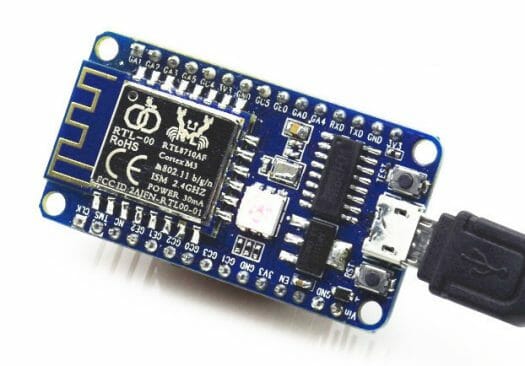 As you can see from the picture above,the board is actually based on the B&T RTL-00 module I previously tested. This is obviously quite easier to use since you don’t need to solder any cables to connect a USB to TTL board since RTLduino is equipped with CH340g and a micro USB port. 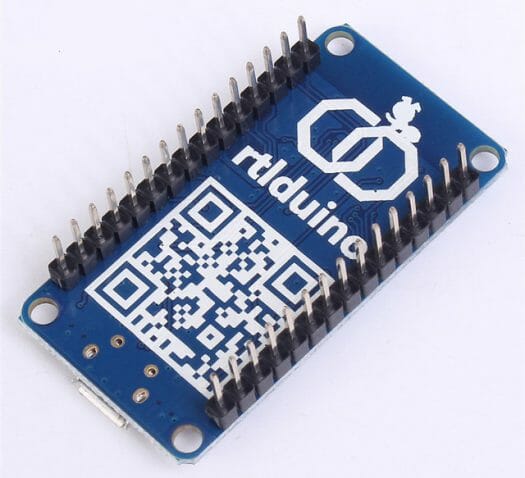 The Aliexpress page has some claims about 5 function that accordingly to kissste are not quite all correct:

If you want to do debugging, I understand you’ll still need a JTAG or SWD programmer. If you want to get started with Arduino on the board:

I could not find anything in English where other people tested the implementation, but you’ll find a forum thread (in Russian) on esp8622.ru, and other person mentioned the project on hackaday.io, but has not reported on details about it yet.

Beside Aliexpress, RTLduino board can also be found on ICStation for $9.99, and Amazon US for $10.99.