We’ve seen in the past some TV boxes with one HDMI input such as Zidoo X9 or EWEAT R9 Plus in order to record an external video source, and possibly use some other features like PiP or video UDP streaming. However, I’ve recently become informed that YokaTV KB1 Android TV boxes, powered by an Amlogic S905X, and not one, but two HDMI 2.0 input ports, on top of its HDMI 2.0a output port. 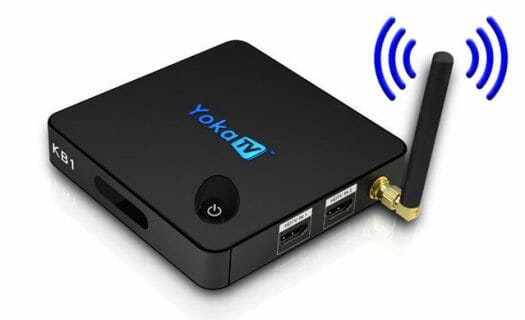 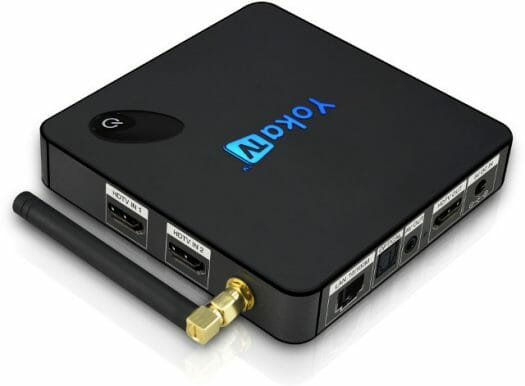 The device was actually for announced in September of last year, and has been sold on Amazon US, GeekBuying, Aliexpress and other sites for $58 and up for a while. However, I have not been able to find one review that comments on the two HDMI inputs. Based on the low price, and lack of info about the HDMI input ports, I’m assuming they are just used as an HDMI 2.0 switcher, meaning you can’t record or use fancy features, but only switch between the inputs using a specific app or a key on the remote control. Videostrong KB1 product page has very little extra info about the device.

Have not tried out this device, but suspect it does support capture, but only at one port at a time.

Amlogic’s reference design uses a SiI9233 to which you can connect 4 ports, but only use one.
http://openlinux.amlogic.com/@api/deki/files/79/=HoweR_to_config_HDMI_IN.pdf

@Max
Thanks. I could finally remember an older post showing an Amlogic T866 TV box with two HDMI inputs with PiP support -> http://www.cnx-software.com/2015/07/21/geniatech-showcases-amlogic-t866-tv-box-with-2-hdmi-inputs-1-hdmi-output/, which seems to use the same system.

No PVR function though.

Are the inputs HDMI 2.0? Are they capable of [email protected]?