Mark Shuttleworth has published a new blog post in Ubuntu Insights, and this is not all good news, as the title “Growing Ubuntu for Cloud and IoT, rather than Phone and convergence” implies. Canonical has decided to drop Unity8, and replace it with Gnome in Ubuntu 18.04, and by extension stop any investment in Ubuntu phone and convergence. 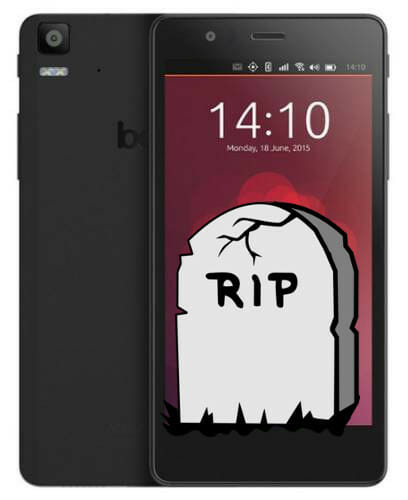 The main reasons given for the drop were that few commercial partners were interested in the project, preferring to stick with the most popular mobile operating systems like Android, and the community did not see the work as innovation, but instead fragmentation, probably referring to the Mir vs Wayland saga.

On the better news, Canonical is still committed to work on Ubuntu desktop, and will focus on the Cloud and IoT applications such as automotive, robotics, networking, and machine learning, for which the company has gone well so far with multiple commercial partners.

The video below shows the work done so far on Unity8. Sadly it will never be used in a meaningful way.

Unity8 on Ubuntu Touch had 99% of what’s shown in that video – I’ve been using it daily. While I may have disagreed with plenty of Canonical’s strategic decisions, their Unity8 desktop is a viable convergence platform, and it’s a shame Canonical are dropping it.

@blu
It’s sad they did not manage to make money out of it. Now I don’t see anything that I might use for convergence. Maybe they were a little too early for convergence, as the hardware is only starting to be powerful enough now.

I continue to be amazed that Canonical remains in business. Is “business” even an apt description, last I heard they had yet to turn a profit and instead were losing about $20 million a year. The Unity fiasco is proof that Shuttleworth’s vision is rooted in the past and embodies some fundamental disconnects with marketplace reality. Fundamental #1: Open Source effectively hands most of the influence and control of the computing landscape over to the hardware vendors. It’s like here, you drive because we really don’t want to anymore; software has now demoted itself to being a backseat passenger with… Read more »

The point being — hardware is in control and decides when and if convergence is worthwhile. Software has little influence left having effectively isolated itself from the control and decision making process via “open source”.

@jqpabc123
Software is important too, but for convergence to work you need to be able to do typical desktop tasks like office suite, watching videos, and multi-tasking with the phone. This requires enough RAM, a processor with Core i3 type of performance, etc…

@Jean-Luc Aufranc (CNXSoft) I think what ultimately made Canonical throw in the towel was the lack of traction in their app store and absence of viable media store, combined. I think Shuttleworth was hoping for a good ROI with a those two, and they never materialized – a classical chicken-and-egg scenario – lack of phone vendor adoption, leading to lack of market, leading to no interest in devs and media providers altogether, leading to lack of phone vendor interest. Add to that the constant bickering with the community along Mir, and a string of unmet roadmaps, and voila – a… Read more »

As per the convergence needing adequate hw – we were _almost_ there (and this is what annoys me the most in this entire situation) – I have an _almost_ adequate hw (BQ M10) running an _almost_ ironed-out convergence desktop (Unity8). And the hw that would have crossed that ‘almost’ point is already available, alas it will never run Unity9, as we’re now back to square 1 on the Linux convergence road.

I dont think that wayland or the community would have solved or changed anything. The main problem is the market situation. Too strong competition, too few user demand such phones, no open hardware, horrible dependencies on closed firmware and drivers and vendor interests, lots of regulations, licensing… And hardware production needs a lot of money. – we have seen quite a few small firms trying something, and pretty much everyone failed.

@peter I think Wayland would have changed a lot, since at one stage it was clear that Canonical did not have the engineering capacity to develop Mir much further than wrap what is essentially Wayland in their custom APIs. They just (a) fumbled roadmap after roadmap, while (b) alienating some good crowd, and that’s never helpful in a situation where you’re looking for adoption. My own opinion of Mir has never been negative, but quite a few guys thought otherwise of Mir, and that’s an unnecessary political complication to an engineering problem. Re hw production and vendor interests – that’s… Read more »

Phoronix reports there’s now a community effort to fork Unity8 and keep on developing it ->http://www.phoronix.com/scan.php?page=news_item&px=Unity-8-Community-Hopes

A website has been setup @ http://unity8.org/, and source code forked on github @ https://github.com/unity8org/unity8org

@jqpabc123
Canonical for a long time has too much fragmented its spendings. If they had not started Mir, Upstart etc. and spent some more money to find at least two reliable sources for Ubuntu phone, their bright convergence idea could have become a success.

And if no hardware vendor plays along, it’s dead Jim — just like Unity.

The cart still thinks it is the horse. Wake up and smell the coffee. It hasn’t worked this way since Open Source swapped things around.

Good they forked it, now they can rebase it to common used services so it could be used on all linux distro’s as debain, arch, fedora… No Hardware? All those intel tablets, jolla phones and supported LineageOS phones. According me enough hardware. You meant “if no sponsor plays along”. Maybe there will be enough interest now it is free from under the ubuntu wings and they will need no sponsor. On the other side the KDE convergence story doesn’t come from the ground also. Shame, I’m already waiting a long time to get full use of my acer W700 running… Read more »

The writing was on the wall for Ubuntu convergence, Ubuntu Unity, and Ubuntu Mir when Canonical spectacularly failed to raise the unrealistically huge and unattainable USD 32 million for the Ubuntu Edge smartphone (which did not even have a full HD 1920×1080 display) on Indiegogo in 2013. Only 40% of the target sum was pledged before the end of the campaign. It was only a matter of time (4 years in fact) before the unpleasant truth that no major vendor was interested in Ubuntu’s offering as an alternative to Android and that the consumer demand (as proven by the Indiegogo… Read more »

There is growing list of attempts to replace iOS or Android and many fails, I have a Firefox OS phone laying around here, Remember CyanogenMod ? Plus many more but as stated they are to niche.