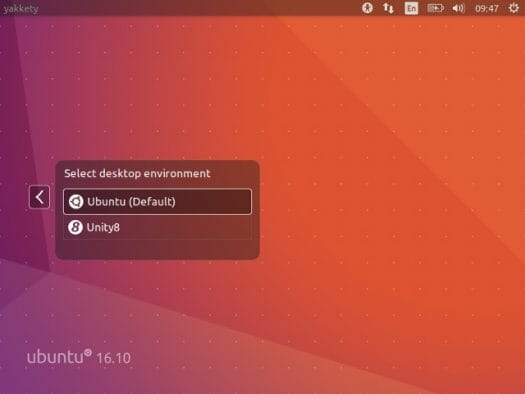 If you want to try Ubuntu 16.04 on your device you can download ubuntu-16.10-desktop-linuxium.iso and prepare a bootable USB flash the usual way with rufus, or other utilities. If you’d like to try an alternative  Ubuntu flavor such as Lubuntu, Xubuntu, Kubuntu, Ubuntu GNOME, or Ubuntu MATE, Linuxium got you served too, and you’ll find the images on his blog.

Unity 7 is still running by default in Ubuntu 16.04, but if you are curious about Unity 8 convergence desktop/tablet/phone user interface, Canonical uploaded a video showing what you can expect.

If Ian Morrison (Linuxium) can provide those Ubuntu images, why can’t Canonical do that, and then in the standard Ubuntu image?

It is a licensing thing? Is it about stability? Kernel version? Lack of interest from Canonical?

Some of this can, and did, make it to the debian\ubuntu kernels and repositories. But Canonical won’t maintain a special kernel just for baytrail.

I do not like Unity. My desktop is not a touch-screen mobile device! “Convergence” harms usability.

Are these still borked specifically for Meegopad stick installs ? I know Ian had done something to the previous images because Meegopad blatantly used them for sales. Which affected those of us with the older T01 versions !

@jpearn TLDR; No. My earlier 16.04 ISOs were specifically designed for Intel Compute Sticks in order to facilitate development and ease supportability. I’ve subsequently reworked the 16.04.1 ISOs and added new 16.10 ISOs that fully support HDMI audio, wifi and bluetooth on Intel Compute Sticks and will work on other Atom Bay Trail and Cherry Trail devices with varying success in part due to the functionality provided by the device’s BIOS which typically affects the success of bluetooth and assuming the device has either Realtek 8723BS or other officially support wifi including Intel. Since you raise the point I will… Read more »

@Ian W MORRISON (Linuxium)
Thanks Ian for the info. / update. I can happily say I donated during the initial period of you dual booting the T01 last year and was dismayed to see the actions taken by said company. I will give the new ISOs a go once I have updated everything else in the house !

Yes thank you Jason as you are one of the few who have donated.

I appreciate what you are doiing, but as I’m not a ubuntu user I just use your image once to see if it boots/works. In my case it should be better if You share your source through (for example) github. Then I can build your sources for my distro (arch), and maybe make a PKGBUILD of it.

Don’t understand me wrong, I know it is very time consuming and You should do what fit’s You most.

It is on github.

I missed that, good to know. I will try to build it and see how it behaves on arch.

@Ian W MORRISON (Linuxium)
I donated too 🙂 I hoped, that your images will be available for other sticks, not Intel only. Especially for Mele PCG02U, so I am going to test them, hope they will work there too 🙂
Tomas

Yes thank you Tomas. I recommend the 16.10 ISOs as these are confirmed working on the PCG02U with the exception of bluetooth which appears to be a BIOS shortfall.

@Ian W MORRISON (Linuxium)
I will test it, thank you. Is there any chance to get Bluetooth working as well?

Unfortunately I believe MeLE/Star Cloud need to look at their BIOS for the PCG02U.

@Ian W MORRISON (Linuxium) Ian, I tested your image on the mele PCG02U, it booted but i ended with a flickering black screen. So I booted the normal ubuntu mate image and installed it without problems. Then I used your script to update the kernel to your kernel. I could boot with your kernel, a uname -r showed it was running on your kernel. The wifi didn’t work though, a dmesg showed me that the wifi firmware was missing. I compiled the wifi driver from hadess and the wifi works fine now. But now comes the strange part. The PCG02U… Read more »

@Roel After some testing I can certainly say the freezing has something to do with the Wifi. As I didn’t have wifi connection in my office room I thougt it had something to do with the hdmi. But suddenly I realized once I connected the PCG02U to my TV I came in range of the wifi signal and made a connection with the router. When I connected it back to the PC screen with DVI, everything was fine again, no freezing. To test, I unsoldered the mele wifi antenna and soldered on another one. Now I had almost a full… Read more »

My only confirmed problem so far is sound and that is an upstream issue: lack of support for the codec in the kernel. As such the linuxium iso for Yakkety is semi-useful at this point. I will see what evolves and I will consider donating but I haven’t as of yet.

Conexant released the codec for ALSA and a patch is now in github. Hopefully I can test sound with the new code in the next day or two.