In many countries, people get broadband Internet via ADSL or “fiber to the home”, but in some regions, notably the Middle East and Africa, there may not be such option, and people instead rely on cellular networks like 4G LTE for their Internet access. I’ve already covered SDMC TV boxes with a 4G LTE connectivity, but there’s now one more option thanks to Geniatech ATV329 Android TV box powered by Amlogic S905 processor, and including a 4G LTE modem & a SIM card slot. 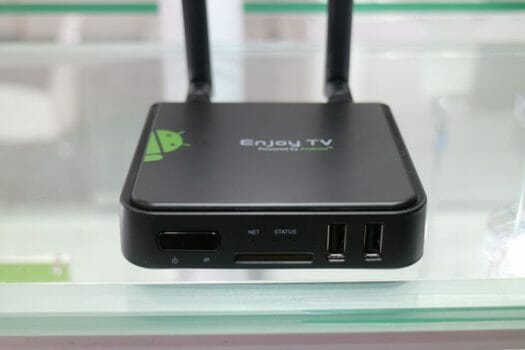 The device runs Android 5.1 Lollipop operating system. Netbook Italia is at the Global Sources Electronics Fair 2017 in Hong Kong, where they caught up with the company, which showcases the box in the video below (at 2:46 mark), as well as ATV195x quad core UHD TV stick, and APC1295 an ARM industrial mini PC based on Realtek RTD1295 processor.

What aboot the price? (forgive the Canadian accent)