Most users connect their TV boxes to the Internet through WiFi or Ethernet, but in some specific use case, such as digital signage in mass transport or in remote locations, it might be useful to get access to cellular networks. We’ve seen a few Android TV boxes with a built-in 3G modem in the past including CS918S and MBX-3G, but the former is based on the rather old Allwinner A31s processor, and the latter did not raise enough found on Indiegogo. But there’s nothing new, as SDMC DV8219-LTE is a more recent TV box powered by Amlogic S905X processor and running Android 6.0, equipped with a 4G LTE modem. 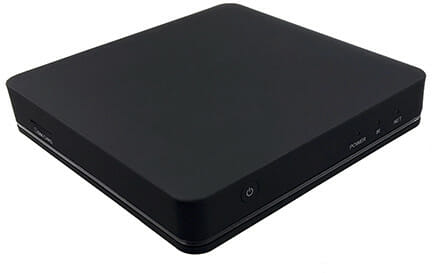 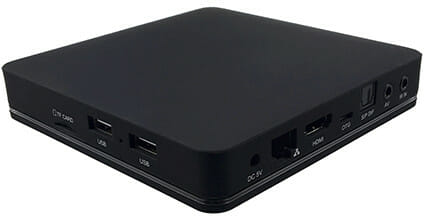 The box will ship with an IR remote control, a user’s manual, a power adapter, and an HDMI cable. What we don’t know is the price of the device, but interested parties should be able to inquire the company via the manufacturer’s product page.

@cnx.. thank you for featuring this though as now i know it’s possible in the future

who would use a 4g with these boxes when mobile internet is so expensive.

I would where in the USA you can get unlimited data to your device that hold the sim card. T mobile and their mvno plans would be ideal if the bands supported it.

@adem nacakli
The company had a press release (now gone), that claimed that “in some countries mobile Internet is cheaper than Broadband Internet”. It looks like then may also try to sell this to Telco.

But as mentions in the introduction, it can be used in some niche use cases like digital signage, e.g. there’s usually no WiFi in the bus.

Unlimited 4G LTE is only about $20USB/month in Taiwan, and they don’t restrict tethering. On the other hand, cable costs over $100USD just for the installation fee, and monthly charges are also higher. So there is definitely a market. Also, consider that there are many places in the world where they never got around to installing the wires that this sort of technology replaces. So, it can also save infrastructure costs.

Unlimited LTE in Romania (50GB/month, after that speed is 128kbps) is at… 4euro/month.

No picture of the devices, except to show the LTE modem inside, but specs are pretty similar to SDMC model, so it could be the same (TBC).

How to buy this tvbox with 4g sim slot…

@chiu yew hui
SDMC don’t seem to sell directly to end users. If you are a reseller then contact the company (via the link at the end of the post).
If you just want one for yourself, Geniatech ATV329, maybe under the Mygica brand, would probably be easier to buy http://www.cnx-software.com/2017/04/14/geniatech-atv329-is-4g-lte-android-tv-box-powered-by-amlogic-s905-processor/

I just don’t think it’s for sale yet.

I am seeing that this box works on GSM. I would like to try 1 of these but it must work on 850/1900 band. Does it work on that band or do you have a model that can?

We had compatibility issues, not many 4G/LTE USB dongles were supported in Android TV boxes,

This is good idea to integrate 4G /LTE into TV box, We will use them in the Digital Signage application, We have sourced products from SDMC in past and worked well.

The only problem I face with these TV boxes for commercial applications is that they become obsolete soon,