HomeKit is a software framework that allows Apple users to control smart devices with their iPhone or iPad. But so far, you had to become an MFI licensee to design a HomeKit compatible device, you product had to be tested by Apple, and – according to a story on Hackster.io – also required a special cryptographic chip for authentication. Developers creating commercial devices still need to become an MFI license, but Apple has now opened HomeKit Accessory Protocol Specification for non-commercial projects, meaning you can now use the Framework on Arduino, ESP8266 boards,  Raspberry Pi, and other development boards using software authentication. 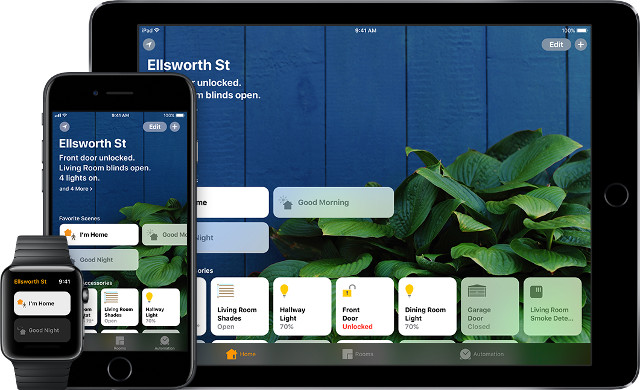 You could already use HomeKit on Raspberry Pi board previously using HomeBridge, but the advantage now is that you don’t need to breach Apple’s terms and conditions, and you can talk directly to your phone without the need for a bridge.

If you want the specifications got to HomeKit’s developer page, click on “HomeKit Accessory Protocol Specification”, login with your Apple ID, and download the specs after the following disclaimer and agreeing with a license agreement:

This document describes how to create HomeKit accessories that communicate with Apple products using the HomeKit Accessory Protocol for non-commercial purposes.

Companies that intend to develop or manufacture a HomeKit-enabled accessory that will be distributed or sold must be enrolled in the MFi Program.

if you look at the more successful ecosystems, its those which make it easy for third party systems to connect.

if you became part of the Apple ecosystem, you’d be in danger of being “sherlocked”
http://www.economist.com/blogs/babbage/2012/07/operating-systems-0

This is one area where I really wish the industry and/or open standards would step up: a royalty free, non patent encumbered, secure, standardized protocol for IoT. While MQTT is commonly used as a transport, it has too many deficiencies for any “serious” applications outside hobby/experimentation.

Not impressed. They should make it completely open and license/royalty free, everything except the trademark. You should be able to run homekit (call it something else) clients on android, etc…

I don’t think you can’t even get the lists of services and characteristics and push them into an open source bridge project without violating the license agreement.

Who would run a home automation device on android? And why? You’re asking to be hacked 🙂

@memeka
No, to control homekit devices from android devices using the homekit protocol. (Which is really just srp, jpake, and some schema).

Oh I see 🙂
Why would apple do that,
They opened up the protocol so you can connect to more HomeKit accessories but control from iOS. What would apple gain from you being able to control 3rd party non apple devices from non apple android devices?
It’s like complaining about Sony that they don’t make their TVs work with Panasonic remotes 🙂

memeka :
What would apple gain

That way of thinking is the problem, what is good for everyone is also good for them. They have other open source initiatives.

Deets : That way of thinking is the problem, what is good for everyone is also good for them. I think you totally miss the security aspect and that Apple tries to avoid bad press coverage. The average Android user hates security and secure devices (to ‘root my device’), the majority of Android devices never receives upgrades, only a really small percentage runs latest Android version and the ancient Linux kernels used on these devices contain maybe more security flaws than features. You really do not want to run a ‘smart home’ controller on such a device if you care… Read more »

@Deets I’ve been using Linux for over twenty years, and I’ve been running it on on “hacked” ARM devices for over a decade. I also use a Mac as my desktop/laptop and an iPhone as my mobile phone. I think Apple did pretty much exactly what they should have done. I use the iPhone and Mac because the hardware and software is well integrated and refined. Could it be better? Yes, but from what I’ve seen, pretty much everything sucks more. Some of the limitations on iOS and accessories rub me the wrong way, and I’ve considered getting a used… Read more »

After reading the “Mesh Technology Overview”, this is exactly what is needed. It also obsoletes MQTT, Z-WAVE, and several other technologies.