The Bluetooth Special Interest Group (SIG) has announced support for mesh networking for BLE, which enables many-to-many (m:m) device communications, and is optimized for large scale device networks for building automation, sensor networks, asset tracking solutions, and other IoT solutions where up to thousands of devices need to reliably and securely communicate with one another. The standard actually specifies 32,767 unicast addresses per mesh network, but that number of nodes is not achievable right now. 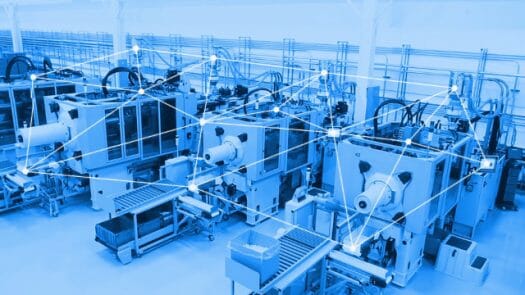 Mesh networking works with Bluetooth Low Energy and is compatible with version 4.0 and higher of the specifications. It requires SDK support for the GAP Broadcaster and Observer roles to both advertise and scan for advertising packets, and the FAQ claims Mesh Networking does not require extra power, and the devices only need to wake up at least once every four days or when they have data to transmit. Mobile apps connecting to mesh networking products will use the Bluetooth mesh proxy protocol implemented on top of BLE GAP and GATT APIs.

The Bluetooth SIG expects commercial products with Bluetooth mesh networking technology to become available later this year. Qualcomm – who purchased CSR – announced Mesh networking support for their QCA4020 and QCA4040 BLE chip in samples today, and commercial availability in September 2017, and Nordic Semi has released a Mesh SDK, and so has Silicon Labs. Since I understand mesh network does not require hardware modifications, then all companies providing BLE solutions should offer it.

Thanks to Crashoverride for the tip.

This standard is the “one ring to rule them all”! So, throw your “smart house” away. 🙂 I was expecting a generic “mesh thingy”; however, this is an end-to-end standard. It obsoletes any current technology with the marketing term “IoT” or “smart home” including HomeKit, MQTT, and all those radio (zigby, zwave) boards. This makes the technology very attractive to adopters since there are no longer several licensing costs involved from several different companies: its all simply Bluetooth now. I can not wait till SDK support starts showing up. When ESP32 support arrives, it will be a “maker dream come… Read more »

Sure that it will work on the ESP32?

“Only products designed to be upgradable can be enhanced in the field to support mesh networking. Upgradeability is determined by several factors, such as the amount of memory available in the Bluetooth chip.”

Was going to replay the same, I highly doubt that ESP32 will be able to do that

Forum ate my post! It appears to happen when someone else comments while composing. The specification has BT4.0 LE GATT inter-operability for current devices. This implies there is already support on ESP32. I would expect full mesh support to be a software update. The ESP32 has generous amounts of RAM and is capable of using external ram: https://www.esp32.com/viewtopic.php?f=13&t=2031 (see also “ESP32 Doom”) A major differentiation of this standard over HomeKit is that the latter is IP based. This requires HUGE software stacks on devices (TCP, HTTPS, mDNS, etc). BT mesh operates at a lower level and is far more lightweight.… Read more »

Well just my opinion but the UX is like too complex for the home space – especially remote access – and the protocol too dumb for industrial applications. Maybe it’ll find a niche for beacon management but otherwise this is dead on arrival.

The expression too many cooks spoils the broth couldn’t ring more true in this case.

@TC It is an app that runs on top of BLE 4.0. When they say upgradable they mean — can the user reflash the device, not change out the hardware. And then you need to have enough room to run the new app which is pretty small. So it is likely ESP32 can run this. A lot of CSR chips can’t since their entire OS is in ROM and only a few KB of RAM is available. Meshing is not a silver bullet. Battery powered nodes do no make very good routing nodes since they have to have their radios… Read more »

There’s already support for Bluetooth Mesh landed in the open source Zephyr project, I think it landed the day of the announcement. Upstream commit is https://github.com/zephyrproject-rtos/zephyr/commit/0ec26308825dffb220e75ad4a0a5c9b014dd0c3f