We’ve previously seen a fair amount of TV boxes / mini PCs based on Rockchip RK3399 processor like Yundoo Y8 or Vorke Z3,  which perform very well for tasks like web browsing and gaming, but  required more work when it comes to video playback, at least in 2017 when I reviewed the devices.

X99 is another one of those TV boxes with RK3399 SoC, 4GB RAM, 32GB storage, HDMI 2.0 output, Gigabit Ethernet, and so on, but interestingly enough it adds a SIM card slot too. 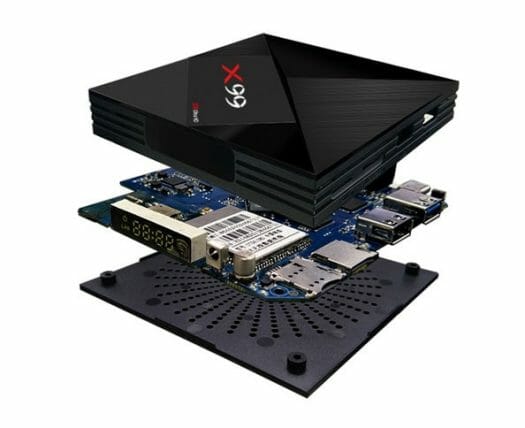 The photo above appears to show a modem module close to the SIM card, but somehow none of the website explains which type (2G/3G/4G) of modem that is in X99 TV box specifications:

The device runs Android 7.1, and ships with a HDMI cable, a remote control with voice function, a power adapter, and a user’s manual in English. 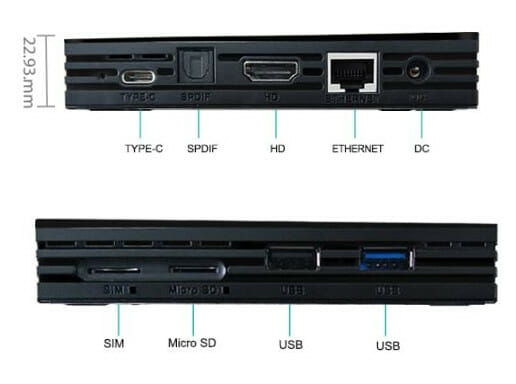 SIM cards could also be used for the CAM

seems it is again bad box without good cooling. will overheat

@TC – CAM module without a TV tuner? Wouldn’t be useless?

Sounds interesting, but will there be a SDK available for the SoC? Without teh SDK it is pretty useless in terms of hardware video decoding (the Achilles’s heel for all Android based TV boxes).