Cheap TV boxes or development boards that can run Android, are not normally certified by Google, but you can still use Google Apps like the Google Play Store either directly with the manufacturer pre-loading the packages on the device, or manually by installing the packages yourself.

According to a report by XDA developers, Google has made it harder to load Gapps on uncertified devices starting from March 16th, and if you try to login on a new custom firmware you may get the message “Device is not certified by Google” when accessing a Google app. 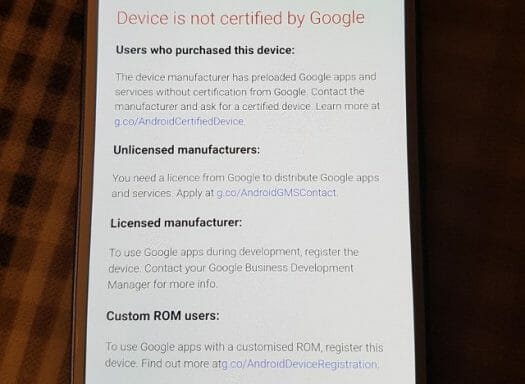 The change will apparently only affect newly built firmware , so older firmware should still be able to access Google Play store (TBC). We’ll have to see how it turns out. Google Play Services is said to check ro.build.fingerprint for the build date, but it seems too easy to  work around this, if that’s the only check they do.

To check if your Android device is certified, go to Settings, scroll to the bottom and check Device Certification. 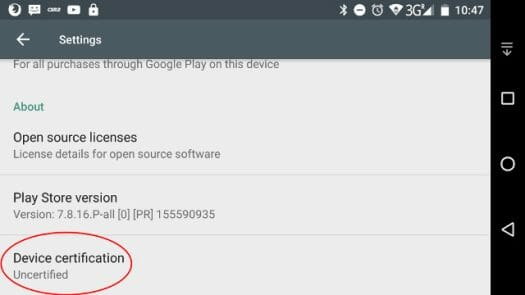 A “solution” to make sure it does not happen to you is to buy TV boxes running “Android TV” OS, which should always be certified. For older TV boxes that need to be upgraded after March 16th, development boards, or custom ROMs, the users themselves would have to register his/their device(s) – up to 100 maximum – to work around the limitation.

Note the Gapps self updates on your STB boxes. What is going to happen when this rolls out and your Gapps self-updates to a version with this check?

All of these STB boxes need to start getting certified. It takes time to certify but the license is free from Google.

Or you just update your ROM to use MicroG ? and dump google apps ?

The Play Store is one of those Google apps.

So much for an “open” platform, eh?

To register a device isnt harder than making a google account, in 2018 this shouldnt be a problem. Android ≠ Google services anyway!