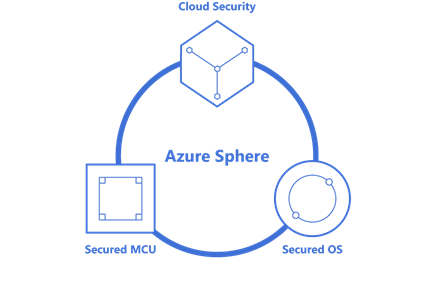 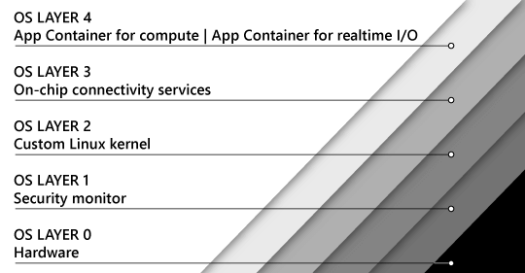 Azure Sphere should be found in various IoT applications including in the white goods, agriculture, energy and infrastructure sectors, and Microsoft claims three benefits the solution namely: security, productivity (e.g. via Visual Studio development), and opportunity …

Beside Mediatek, other silicon vendors are involved in bringing Azure Sphere certified MCUs including NXP semiconductor,  Nuvoton, Qualcomm,  STMicro, Silicon Labs, and others. Seeed Studio is also listed as a partner, which probably a development kit should be launched in due time.

But for now, Azure Sphere is still in private preview, and development kits are expected in mid 2018, and end products should start selling by the end of 2018. You’ll find some limited information on the product page.

OS Layer1 might be the worst. Linux on Layer 2 will need a custom “driver” to talk to it 🙂

As pointed out by somebody in G+, while the Mediatek MCU/processor has 3 user-accessible cores it also has two “hidden” cores. Taken from the product page:

Outside of these three end-user accessible cores, MT3620 contains an isolated security subsystem with its own Arm Cortex-M4F core that handles secure boot and secure system operation. In addition, a 1×1 dual-band 802.11a/b/g/n Wi-Fi radio subsystem is controlled by a dedicated Andes N9 32-bit RISC core. This subsystem contains radio, baseband and MAC that is designed to allow high throughput applications with great power efficiency.

And the whole ‘security’ theater might be just like with smartphones: People discuss the security issues of the secondary OS (Android, iOS) while the platform is fully owned by and hackable through the RTOS running on the baseband processor 🙂

STMicroelectronics, Renesas, NXP, Microchip and Qualcomm have signed up to offer 32bit MCU development kits featuring Microsoft’s Azure RTOS ThreadX, one of the components of the its Azure RTOS embedded application development suite. ”