One of the use case for little Arm Linux boards is retro gaming thanks to open source projects like RetroPie, RetrOrangePi, Lakka, and others.

To get a complete & usable system, it’s possible to purchase console kits, enclosures, or even complete game consoles running one of such emulators. This morning I’ve come accross another option, as Ameridroid is now taking pre-order for XU4Q Retro Gaming System for $149.95 and up. 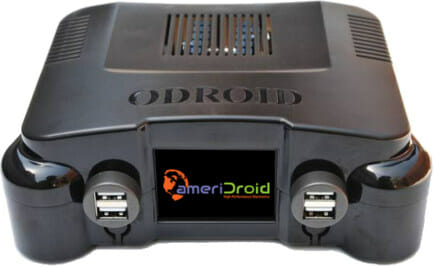 As it name implies, the console is based on ODROID-XU4Q, the fanless version of ODROID-XU4 board, which with its Exynos 5422 octa-core processor and 2GB RAM will be much more powerful than Raspberry Pi 3 boards, and most other boards on the market. 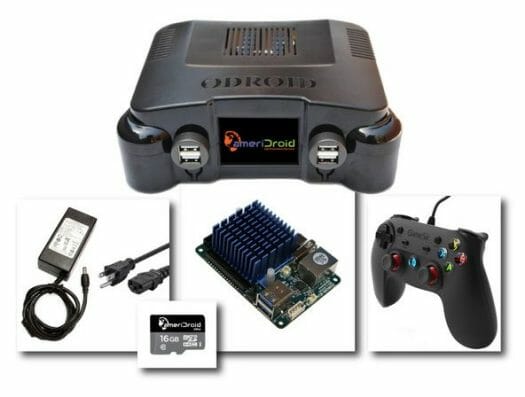 If you already own an ODROID-XU4(Q) board, power supply, and one or more game controllers, you could purchase the OGST case separately for $24.95, and download & follow the instructions to flash ODROID GameStation Turbo image to a micro SD card or eMMC module yourself.

The image has been available for a while, and to get a feel about the capabilities of the system, you can watch the review below which shows both media playback via Kodi, and game emulation (e.g. Nintendo64, MAME, SuperNintendo, DreamCast, etc..) via EmulationStation are possible on the platform.

Note the video was shot in January 2017, so some of bugs may have already been fixed.