When I first saw Hardkernel made ODROID-GO portable gaming console, I immediately thought they did a Linux device ala PocketCHIP, since so far the company has only designed Android & Linux development board.

But ODROID-GO game console is actually based on Espressif ESP32 WiSoC,  programmable with the Arduino IDE, and launched to celebrate Hardkernel’s 10-year anniversary. 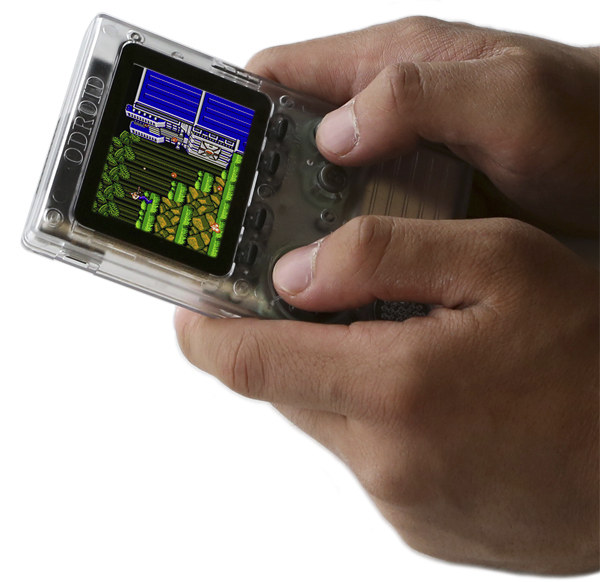 The kit shown above includes the following items:

You’ll find instructions, and the complete technical details about the board including schematics, and Arduino documentation in the Wiki. You’ll also learn how to prepare a micro SD card to run the emulator for Game Boy, Game Boy Color, Game Gear, Nintendo Entertainment System (NES), and SEGA Master System. 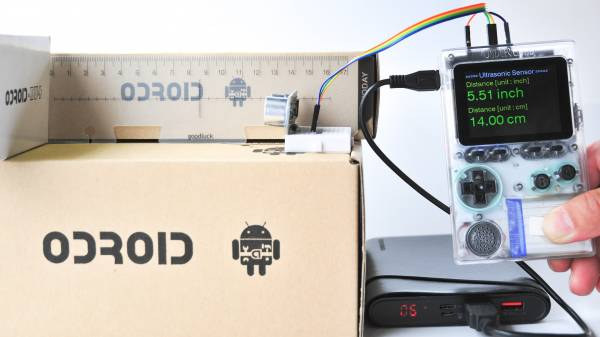 It’s not all about gaming though, as you can leverage the 10-pin header to use the kit as an Arduino development board with built-in display.

ODROID-GO game kit is sold for $32 plus shipping on Hardkernel store.

I’m such a sucker for this sort of stuff! I’ve ordered 2, for absolutely no good reason…

Well, for exactly the same stupid reason I ordered 4. I’ll give some away to friends. It’s your fault 🙂

A raspberry pi isn’t portable and doesn’t include battery management so would need that adding on. But sure, in theory you could use a pi for this stuff.

According me the gamegirl (from the lakka theme?) is using a pi zero.

I really like that it can be reprogrammed easily, especially since they expossed the GPIO pins on the top and wifi. I think people will do some really cool things with these.
Their not to expensive I’ll probably order one or two to play around with.

Let’s start with vintage computer emulation! Can this emulate a Commodore 64? And a Commodore Amiga? 😮 😛

Basically 8 bit stuff should be OK to emulate provided you can control the games with handheld controls.

Check PocketSprite, it’s also using ESP32, and runs multiple emulators. It has much smaller (but OLED) screen though.

It is a nice product. But Pocketsprite has too small low resolution display with tiny buttons.
It is not comfortable to play longer time. I also need several GPIOs to play with hobby electronics.

Is it because of ODROID-GO craze that the Hardkernel site has crashed? The main page shows “Under construction” and the other pages show errors.

Yes, the site is up again now! Since I live in Korea, I can directly order from Hardkernel.

Put Zx Spectrum on it and annoy those still waiting for a Vega+ ; )

Vega+ seems to be dead. http://retro-computers.co.uk/ I didn’t know that.

True, go look at the indigogo post on the funding site, passing it to a collections agency.

The Vega + backers should ask Odroid to build them one ! 🙂

whats the difference between this one and the https://www.bittboy.com/ for 19.99 $

BittBoy is already assembled, no WiFi, no Bluetooth, I don’t see any GPIOs exposed, and I’m not sure if it can be programmed with Arduino. If you just want to play games BittBoy might be just as good (not sure about supported games).

Actually I have several China clones of 8 bit Nes. If you want cheap to play go Aliexpress, then look for model reviews on YouTube.

I love playing Galata, Star Gate ( not the film, kids ) .
No programming option and often repeat and junk games thrown in.

on which is the Star Gate?

First I am talking of a Nes clone of this https://en.m.wikipedia.org/wiki/Stargate_(video_game)

It is not a exacte clone of the cabinet game.

did i get right there is no audio jack3.5mm?

There is no audio jack, but ESP32 has bluetooth so you could add bluetooth headphone support to your app.

Sadly oDroid has issues with customs. I ordered 2 (one for me, one for a colleague) and I got a refund. I asked them to tell me when issues are fixed. I really, really wanted to get my hands on one. I still want one.

Taking a guess. Batteries! I had several issues going through customs with battery operated devices.

We got confirmation from oDroid in the forums that the batteries are to blame. Still waiting for a solution, I am glad they are aware of this issue https://forum.odroid.com/viewtopic.php?uid=22425&f=158&t=31354.

If you mean the Arduino library then it is available via the Wiki linked in the post, together with the rest of the resources useful for development.