AAEON has announced three add-on boards for their Intel based UP board (Cherry Trail) and UP Squared board (Apollo Lake):

AAEON’s UP-Audio HAT currently only works with UP board, and features the following: 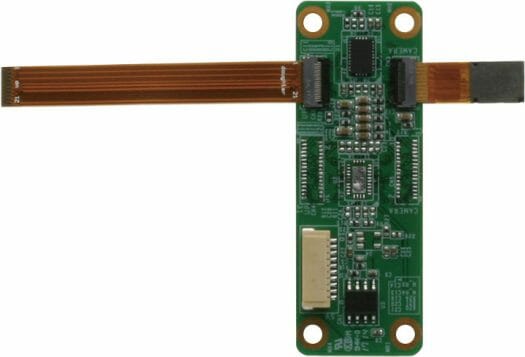 The camera board works with UP Board, UP Squared and UP Core boards. UP-CAMERA HAT specifications & features:

The add-on board appears to be only supported in Windows 10 so far.

The PoE expansion is supported by both UP board and UP Squared boards. UP-POE HAT specifications:

Support for this board is OS-agnostic, meaning it will work on any operating systems supported by UP board/squared.

You’ll find more details on all three add-on boards on AAEON’s gateway boards page. Pricing is however not publicly available, and you’d have to inquire to find out how much each of them actually costs…