Nerdonic launched Exen Mini last year as the world’s smallest 32-bit Arduino compatible board, and getting the smallest board possible is very good for some projects, but so not much for other as Exen Mini is limited to just 8 I/O pins.

So the company made another larger board called Exen Proto based on the same Microchip SAMD21 Cortex M0+ microcontroller, but offering more I/Os. 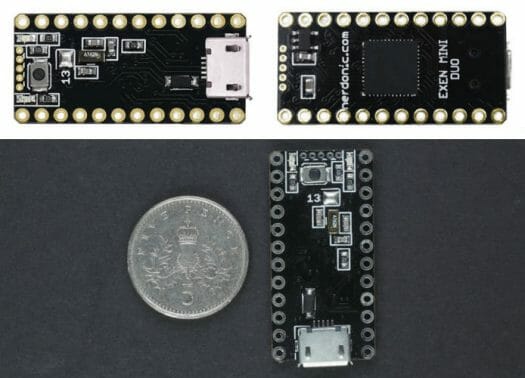 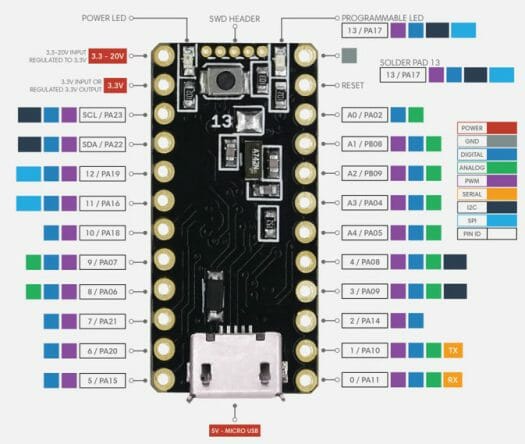 The board is still pre-programmed with Arduino Zero bootloader, and you can develop your own program with the Arduino IDE.