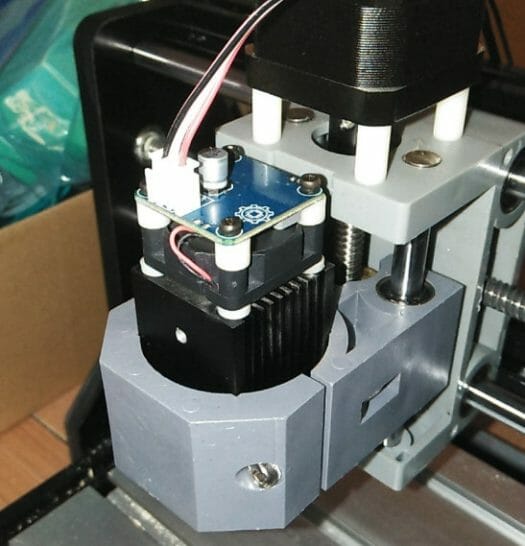 Hey Karl here with a small update for the SainSmart Genmitsu CNC Router 3018 review. In the first part I described the build and first cuts. And in this part I am calling it 1.5 because it is to just talk about the optional laser attachment that was just made available and initial impressions. In the first part I commented about the laser connector on the board. The stars aligned and Sainsmart asked if we wanted to check out their  2.5W PWM controlled laser sold for $89.99 with free shipping.

In the box all you get is the laser itself and some eye protection. At first I wanted to mount the laser on the side of the tool head so it would be easy to change between CNC and the laser. I took the laser apart and was going to use the 2 mounting holes and ended up breaking a solder connection for the fan. After soldering the wire back, designing, and printing a test mount I figured out that the existing round tool holder had notches specifically for mounting the square laser. It only takes about a minute to swap between spindle and laser so I suggest doing that. Too much build volume is lost if done any other way. In addition the spindle needs to be disconnected from the board entirely. When the laser is on power is sent to the spindle as well. That scared me the first time when I had the spindle sitting behind the machine when I turned the laser. It started flopping around. 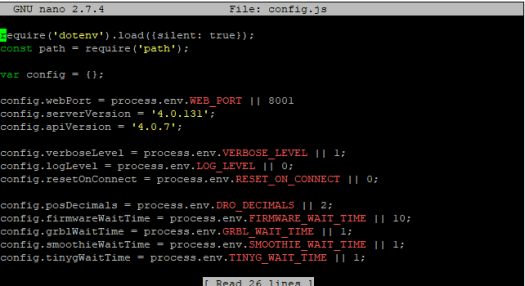 I wanted to find some software to control the laser like cncjs in the first part. After a little bit of googling I found LaserWeb. It is an open source controller for laser tool heads which also can take various file formats and generate gcode. In addition it can create regular tool paths as well. I was able to install LaserWeb on this same instance as cncjs. I did have to modify the url port, it was the same as cncjs. I only had to modifying the config.js file before installing. It does not work entirely out of the box. I had to make a few changes to work properly. I still have one little bug to work out…for some reason I have to start the gcode, stop, then start again to get the laser to enable. If I don’t, it does all the movements without the laser on. I am sure it is something simple but need to figure it out. 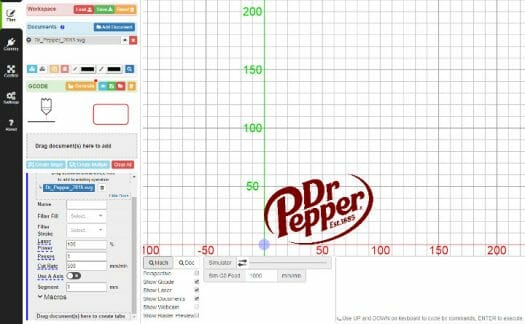 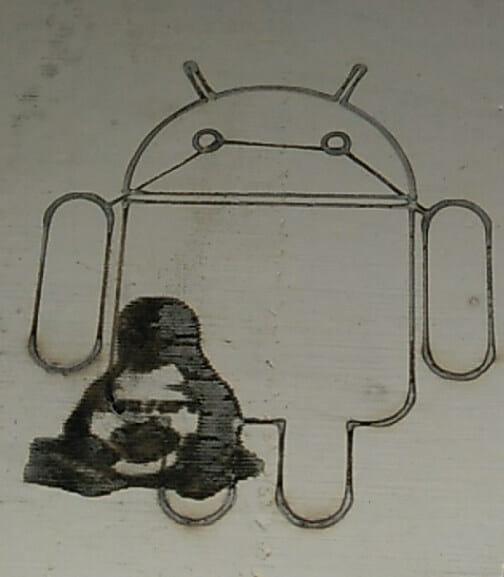 I loaded up an android logo SVG file from the internet. I watched a few YouTube videos to figure out the UI and completed my first burn. The laser did not turn off during moves and it was doing inconsistent burns in the turns. After a little more searching I figured out I needed to tell LaserWeb how to turn the laser on and off and did the CNX logo. After some more googling I found laser mode and finished setting up the gcode commands. One of the key items to make a burn pretty is utilizing Laser Mode. What it does is adjust the power of the laser based on speed. If the head is moving slower it will decrease the intensity and if moving faster it will turn the laser intensity up.

It only took a couple hours to get the hang of this new tool, get it working mostly, and learn the fundamental settings. I am by no means an expert and still need to learn more. For example In the Dr Pepper logos above the right one is noticeable better. This was due to the segments setting. By increasing the segments size you can increase the speed but at a loss of detail.

Next I wanted to try some grayscale…

I needed to calibrate the laser to my material. I found a black and white gradient that transitioned from black to light gray and started testing the settings. 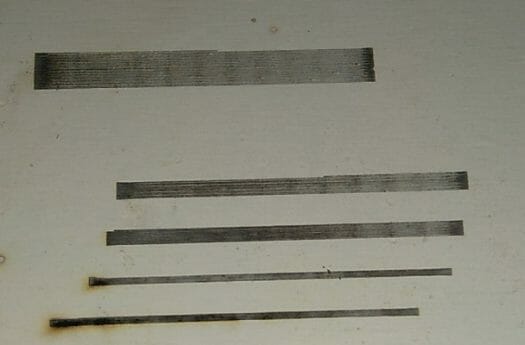 The main settings consisted of speed and and min and max laser settings. Surprisingly I went down to about 30% for the max laser setting on this laser with this test image. I later found that I needed to turn on overscan by 2mm to improve quality even more. Overscan allows the head to move just beyond the boundaries of the image at the beginning and end of a move and allow the laser to be already in motion while turning the laser on and off.

I was able to get wife approval right away. She is a librarian and has an upcoming bingo night. She wanted to change things up so she asked me to cut out these 25mm leaves…I ended up doing about 300 in no time. It cut 2 sheets of colored paper easily. 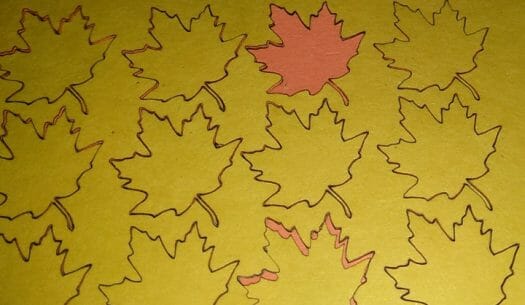 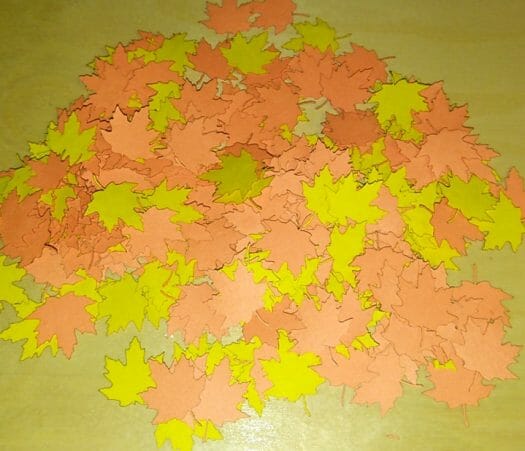 I really like the laser attachment so far. Kinda cool using frikin lasers. I will share more experiences in the upcoming parts. I would like the thank Sainsmart for sending the 3018 CNC and laser attachment. The CNC router tested here can be found on SainSmart or Amazon US for $269.99.

On a side note a buddy of mine uses their filament exclusively for his 3D printing business. It looks a little pricey for single rolls but he purchases in bulk.

Hi, I bought a 3081 cnc different brand identical product Unlike you I am still to engrave or laser a image, I just cant get it to work. Also installed LaserWeb 4 HELP, HELP [email protected] – do you have a step by step guild for getting the software to run and setting used for the laser ?

Also, focus correctly the laser to get proper results 😉