Mini versions of retro computers and game consoles are now really a thing. After Nintendo NES Classic / SNES Classic, and Sony PlayStation Classic announcement, all of which are smaller versions of popular older consoles with modern interface like HDMI, Retro Games has now unveiled THEC64 Mini (apparently no typo) that is a small scale replica – half size to be exact – of Commodore C64 computer launched in 1982. 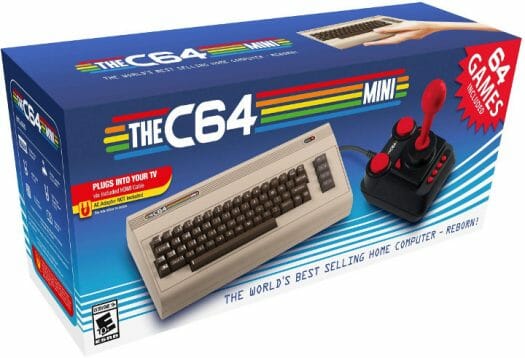 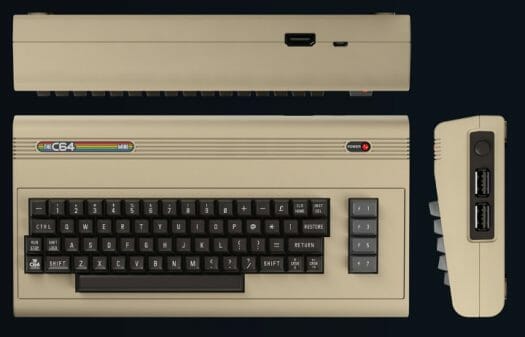 You may notice a keyboard on the photo, but that’s just for aesthetics, as the keys are non-functional, and instead you can connect a USB keyboard if you wish to do so. The computer come with 64 games pre-installed, but you could also add your own with a USB flash drive.

The computer ships with a THEC64 Joystick, an HDMI cable, a user manual, and a USB power lead. However, the power supply is not provided, so you’d have to find an old (or new) USB power supply delivery 5V/1A at least.

THEC64 mini is now for sale for $79.99 at Walmart, and on Amazon, but as pointed out by Liliputing, if you feel like playing C64 games, but do not necessarily want to spend money on extra hardware, you can now play most C64 games in your web browser thanks to the Internet Archives and VICE commodore emulator.

My first impression was wow and right after that I read that “keys are non-functional”. Why would anyone bother to make keys that are not working?

A20 is a nice CPU. Old but gold. Still one of my favorite. I guess they are running a Linux distribution on it. I am wondering if they are using VICE commodore emulator or something else.

This video shows one of “Perifractic’s Retro Recipes” in which the author embeds the C64 Mini into a real C64 shell.
He uses a Keyrah V2b keyboard adapter to interface the real C64 keyboard to the usb port on the C64 Mini.