The first “proper” Windows Arm laptops became available earlier this year, but they disappointed most people due to their high price and relatively poor performance. They only really make sense for people who need LTE connectivity and very long battery life (over 20 hours).

Price will likely stay elevated for the foreseeable future, but at least performance will increase thanks to faster processors such as Qualcomm Snapdragon 850 processor found in Lenovo Yoga C630 WOS Laptop ($849.99 and up once available), and the rumored sm8180 laptop processor that may be, or not, announced on December 4-6 during Snapdragon Tech Summit.

Hardware is one thing, but software is also important. As far as I understand, while UWP (Universal Windows Platform) apps already supported native 32-ARM compilation , legacy Win32 apps relied on x86 “emulation” / binary translation, which may slowdown performance. But Windows users may also get some software optimization soon, as Microsoft has recently released Visual Studio 15.9 with the officially supported SDK and tools for creating 64-bit ARM apps (UWP and Win32), and announced they now accepted submissions for such native ARM64 apps to the Microsoft Store. 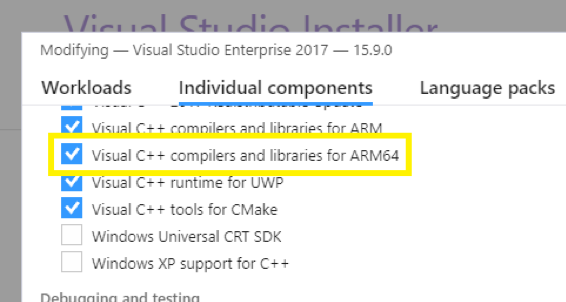 If you’re a Windows app developer, and want to build your app for ARM64, you”ll first need to install “Visual C++ compilers and libraries for ARM64” component, then select ARM64 (UWP) or add an ARM64 configuration for C++ Win32 projects, and click Build you should get ARM64 binary soon after. 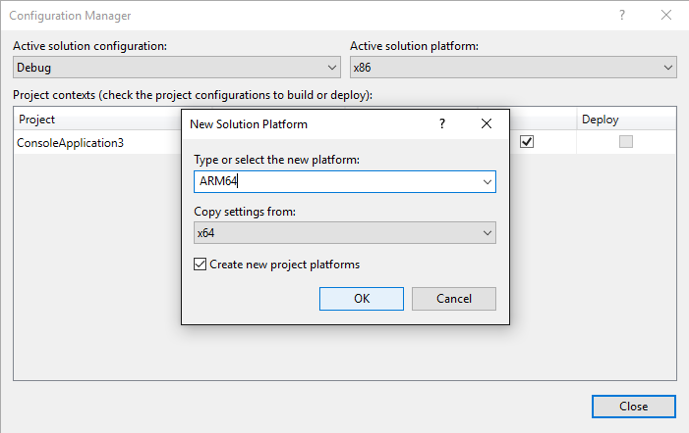 Microsoft explains debugging is possible via remote debugging or side-loading the binary on actual ARM64 hardware.

Once you’re happy with the results, you can submit your ARM64 UWP C++ or .NEY app to the Microsoft Store, and the company also offer Desktop Bridge to wrap ARM64 binaries into a packages that can be submitted to the Store. You could also skip the Store altogether and simply host your ARM64 Win32 apps / installer on your own website, just like you would for x86 apps.

Just to add to this: https://9to5google.com/2018/11/19/microsoft-google-chrome-windows-10-arm/ My prediction: first-gen ‘low performance’ 835-based laptops will turn out just fine once people start using native apps and not large x86 binaries like firefox and chrome via binary translation. The issue with the latter is not that it produces inadequate native code (it could, but I don’t expect MS to be that incompetent), but that BT, being a just-in-time tech, often uses up resources at the wrong moment, resulting in sub-par interactivity for the user, and reports of ‘freezes for seconds at times’. If only prices for 1st gen WoA notebooks would start… Read more »

I saw an Asus Novago for £400, down from £700 MSRP. The prices are falling but more is always welcome. Maybe it’s time for cheaper mediatek SoCs.

Where did you see it, if I may ask?

They should fly I guess.

“simply host your ARM64 Win32 apps / installer on your own website, just like you would for x86 apps.”