Olimex has recently launched eduArdu, an open source hardware Arduino compatible board specifically designed for education with plenty of buttons, LEDs,  and sensors, as well as tutorials and samples source code to help young and older aspiring makers get started with Arduino programming. 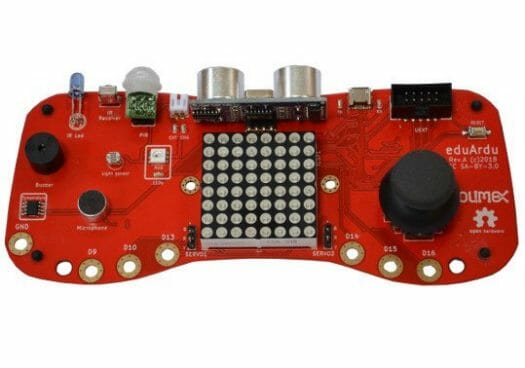 Programming can be done with the Arduino IDE, or Snap4Arduino visual programming IDE. You’ll find KiCAD hardware design files, and software resources in Github, as well as documentation in the product page. 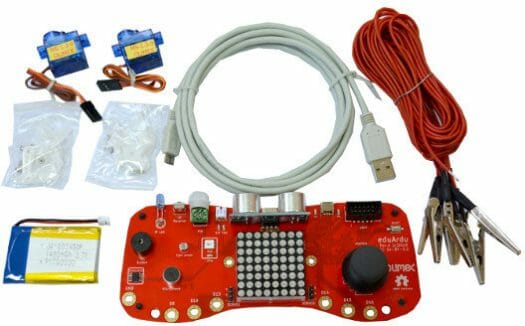 eduArdu sells for 15 Euros, but Olimex also offers eduArduQS (Quick Start) kit – pictured above – with two servo motors, a 1,400mA LiPo battery, a USB cable, and a pack of 7 cables with crocodile clamps.

Thanks to SK for the tip.