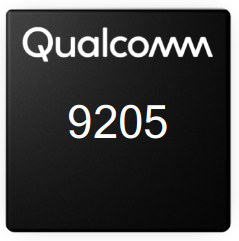 Compared to MDM9206, Qualcomm 9205 enables about 40% reduction in BoM cost, up to 70% reduced power consumption in idle mode, and is about half the size.

Solutions based on the Qualcomm 9205 LTE modem are expected to be commercially available in 2019 from Gemalto, Quectel, Telit, and others. More information should be available on the product page.