South Korea based Sigma Delta Technologies’ SDTxArm Pelion Kit is a modular development kit comprised of a baseboard, as well as CPU and interface modules that is specifically designed to work with Arm Pelion cloud based device management service and Mbed OS for wearables and IoT applications. 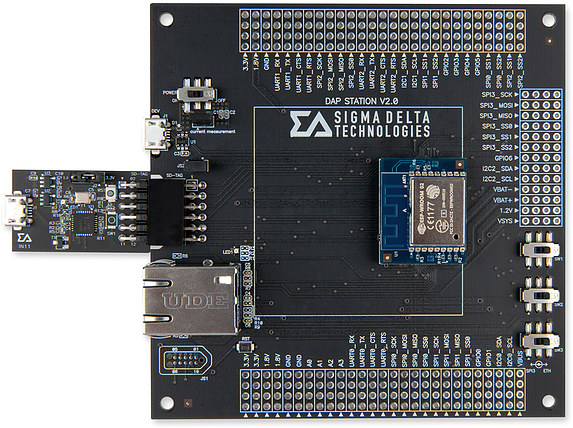 The DAP station takes an SDT Board (i.e. CPU board), as well as an interface board for example a UART to USB debug board. The board is said to be easy to use with only a few steps to get started:

What’s very confusing about the systems are the various SDT and interfaces boards with cryptic names like SDT32625B or IN25. The video below shows the SDT board are not only for MCU boards, but also connectivity boards for WiFi or Bluetooth and are stackable. It also  demonstrates how to use Arm Mbed online interface to quickly get started with the solution. 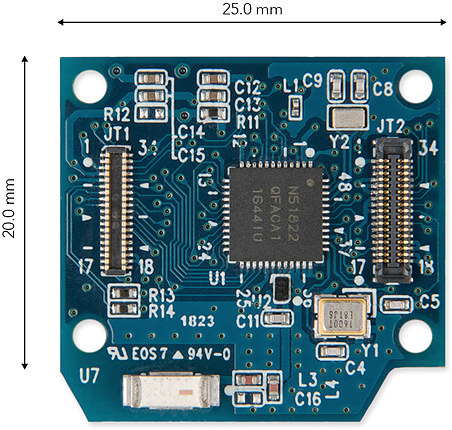 The SDT module are basically named after the part number of the MCU used on the board, so it makes sense. But now each MCU have a different programming & debugging method, so that’s why different interface boards had to be designed:

Each board can be purchased separately, but the easiest way to get started is probably to purchase SDTxArm Pelion Kit for $128 excluding taxes and shipping withSDT64B Kinetis MCU module with Ethernet support, DAP station ver.2, IN11 interface board, SDT3976C WiFi module and SDT6378C SD card module both of which can be stacked on top of SDT64B board. An 8GB micro SD card completes the hardware part of the kit.

Beside the product page on Sigma Delta Technologies, you’ll find more much more technical details such as pinout diagrams, datasheets, and a detailed guide showing how to get started on Mbed OS website.