Several weeks ago, I wrote about the upcoming “Necuno Mobile” phone made by a company called Necunos and running Linux on NXP i.MX6 Quad processor. The phone was supposed to be 100% open source hardware which all software and hardware resources to be made available publicly.

There has been progress since then, as well as a name change since Necunos NC_1 is now up for pre-order for 1,199 Euros including VAT and international shipping with delivery promised in March 2019. 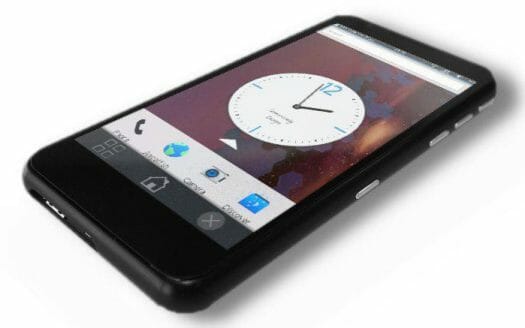 Necunos NC_1 specifications are said to include:

What’s missing is a cellular modem, so you won’t be able to use 2G/3G/4G networks for calls, SMS or data. That means it’s not really a phone at this point, but rather a Linux tablet with a smaller screen. The company does sell it as an “engineering unit”, so it’s probably for early software development before a proper Linux phone gets released.

You can purchase the phone without any operating system pre-installed, or select one of the following:

The C in NC_1 stands for community, and there’s also an enterprise version called Necunos NE_1 that comes with a custom made hardened operating system and hardware, as well as secured communications. The phone is designed for governments and companies where the highest security is required. NE_1 cannot be purchased via the online store and instead, you’d have to send your inquiry by email at [email protected]

That’s a lot of money for low-end hardware, even though the product is fairly unique. However, it’s hard to make the case for Necunos NC_1, even for open source and Linux enthusiasts, when the $700 Purism Librem 5 Linux smartphone will ship in April as an actual commercial product with a more recent NXP i.MX 8 processor, and a cellular modem.

Lol the next iPhone more expensive and less storage…

whats the point of this if Librem 5 is half the price ? cant see any upside to this

I.mx6 is too old for modern requirements for a smartphone. Open source hardware tablet or e-reader would have made more sense to me.

Sadly, it’s too expensive for me, I can’t buy it.

My guess: they took a reference board (to me the hardware looks like that from a 80 Euro phone), put Linux on it, couldn’t get the modem working (or couldn’t get the licenses for it), and put it on the market.

Dunno why people are so excited about the Librem 5. The PinePhone from Pine64 is way better (and cheaper).

what a terrible phone