Back in the summer, we reported about Purism Librem 5, a privacy-focused, open source Linux smartphone. The hardware has not been developed yet, at the time the company was still considering either i.MX 6 Cortex A9 processor or i.MX8 Cortex A53 processor for the phone, and asked for 1.5 million dollars in their self-managed crowdfunding campaign to get the phone delivered in 2019.

The project was interesting but with the current status for the project, amount to be raised, and delivery timeline, it was a long shot. But it turns out there’s some demands for smartphones outside of Android and iOS ecosystem, and since then, KDE and the GNOME foundation have joined the project leading to more coverage & people getting involved, and Librem 5 phone is now fully funded with 13 days to go. 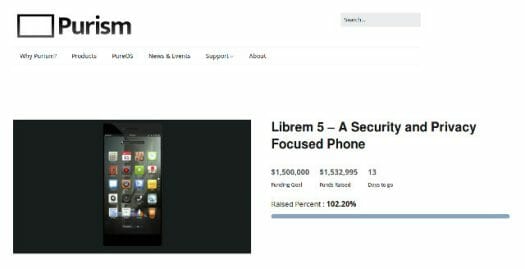 The processor will likely be NXP i.MX 8M Quad  quad core Cortex A53 SoC, as they’ve found it to be working with Etnaviv open source graphics driver in a development board. It should be combined with 3GB RAM, 32GB storage, and a 5″ display.

The GNOME Foundation is said to be “committed create hackfests, tools, emulators, and build awareness that surround moving GNOME/GTK onto the Librem 5 phone”, while KDE will help with porting Plasma Mobile – a free, open and full-featured graphical environment for mobile devices – to Librem 5. That means you should be able to choose between GNOME/GTK or Plasma Mobile envrionments.  Librem 5 will ship with Purism PureOS distribution by default, but the company will work with other GNU/Linux distributions willing to bring support to the device. 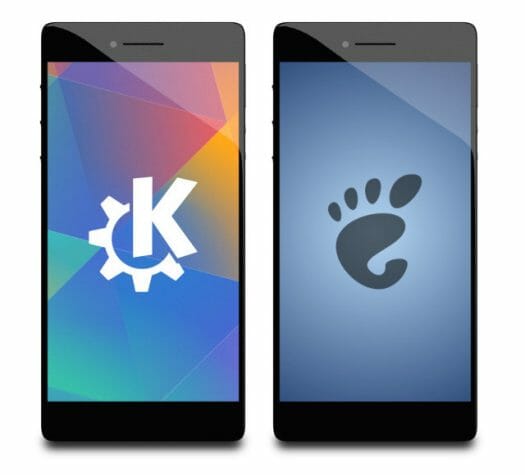 Now that the funding target is reached, the phone will happen, unless something goes really wrong. A pledge of $599 should get you Librem 5 Phone with charger, but if you’d like to use the phone as a PC too (convergence!) you could pledge $1,399 for the phone plus a 24″ display, keyboard and mouse, or $1,699 with a larger 30″ display. The other good news is that the $80 shipping fee is gone, and the company has now enabled worldwide free shipping.

You’d still need to wait until at least January 2019 to get the phone, but developers can pledge $299 for a development kit with board, display and accessories that will be shipped in June 2018.

While I’m not drawn by the privacy aspect one bit, I’m glad the convergence idea lives on on mobiles. iMX8M is the right choice for that, albeit not a powerhouse by any stretch of the imagination. I’ll be keeping a tab on this project, as I don’t expect my BQ M10 to move much further from where it’s today in terms of sw support.

I feel this time we will prevail 🙂 I hope, only for this time, instead of fragmentation, everybody will try to help for what is available until it is a mature product. I hope, this time we will not expect hundreds of millions to buy this precious hardware, it will be exclusive only for the FOSS lovers 🙂

Hopefully a fully blown tablet is next, it will get funded way faster.