Rockchip RK3399Pro was expected to be the first processor from the company featuring an NPU (Neural Processing Unit) to accelerate artificial intelligence workloads, but eventually went through a redesign, and the community found it gave birth to RK1808 NPU by looking at a device tree file in the Linux kernel.

Rockchip has now made the NPU official at CES 2019, and we now know a little bit more. 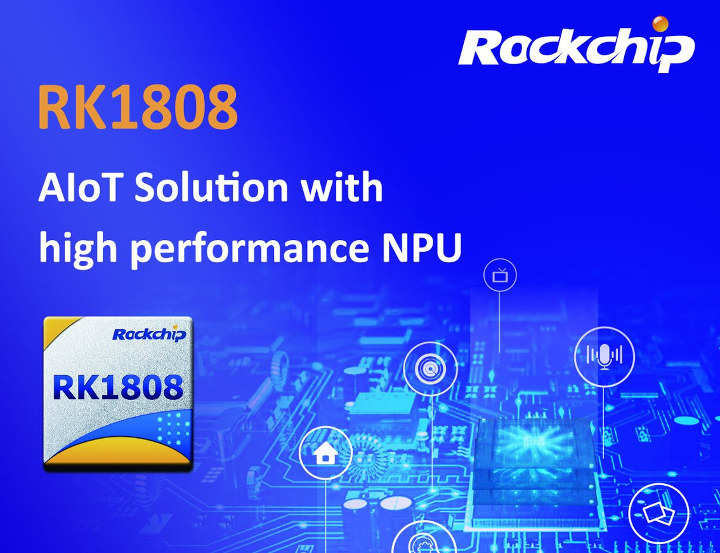 Here are the specifications shared by the company:

It shares many similar functions as standard media SoCs, but it appears to lack a GPU for example, it’s not a platform capable of handling advanced user interface with 3D graphics.

So this is the same NPU as on the (long announced) RK3399Pro, which we’re still waiting for. Apparently coupled with the two A35 cores to drive the NPUs, but without GPU, so targeted at non-display embedded devices. I wish instead of announcing more devices, Rockchip would finally release the original RK3399Pro. The NPU was announced, if I remember correctly, on last year’s CES, so one year without any visible product. The RK3399 is from 2016 and in 2019, we’re not really seeing a new product on that front either. A bit disappointing. Despite all the billions plowed into Chinese semiconductor… Read more »

Can the NPU use the ARM cores’ DDR5? Any idea what kind of memory bandwidth is possible? (Apparently this has a more important influence on the speed at which deep models can be trained than TOPS/GOPS/GFLOPS etc)

Get a good Nvidia card and train on desktop. Probably 100x faster. Just use this for running the finished networks.