Most Raspberry Pi cases are not really newsworthy, but there’s an unnamed case for Raspberry Pi 2 & 3 boards sold for $15.99 on Banggood that looks like a normal case, except the top cover is replaces with a 3.5″ touchscreen display, and the kit also ships with a stylus. 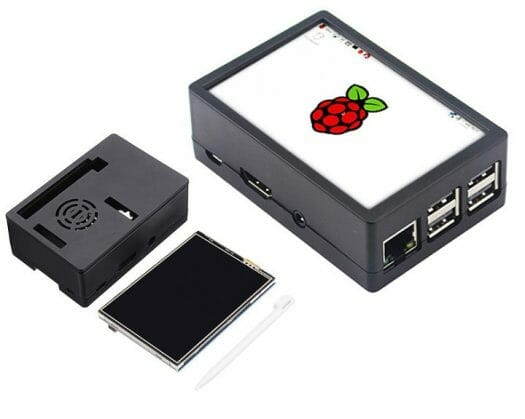 Key features of the display:

There are two ways to assemble the kit. Either with the 3.5″ display and no fan, or without display, but a top cover including a fan. I’ve not sure why would anyone would purchase this kit without using the display but at least you know that’s an option. 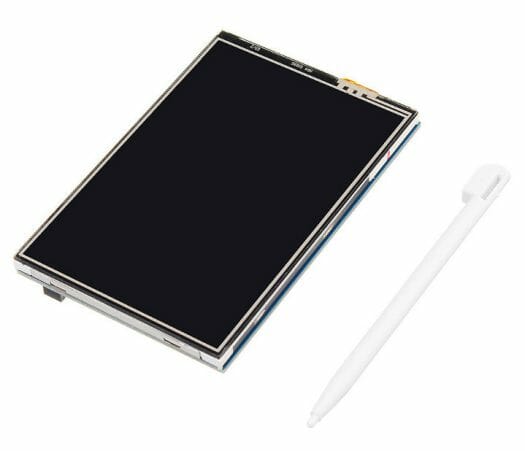 Some people had the wrong orientation for the touch control (X & Y inverted), but luckily there’s an easy fix requiring you to edit /etc/X11/xorg.conf.d/99-calibration.conf and add the line:

for using it in your applications, note that this a resistive display (requires using the stylus). Anyway, nice price.

Agreed, that’s a nice resolution for that size as well.

Another limitation to keep in mind is that it’s an SPI display so the update rate will be quite slow–guessing <10fps. So, don't expect to play videos or games on it. But for a status display or such, it would work great.

Nobody Of Import
David Willmore

Most would be using it for status display anyhow…

Keep in mind that though it is resistive, that doesn’t typically mean other object input won’t work; just in this case, for any semblance of accuracy in a non-touch optimized application, you’re going to want to use a stylus!

Is it possible to control backlight ?

https://www.amazon.com//dp/B07JK4W1RW/ appears to be the identical item available for $24.99 from Amazon.

That model is even cheaper but I wonder if it’s a non-touch version. They don’t mention anything about touchscreen, and the stylus is not included.

I have never purchased from Zapals but have read many warning posts! They advertise a 1GB RK3229 for £12.16! Do are search on ” is Zapals safe ” if you doubt me.

bought some µsd cards there, no fakes yet