Qualcomm started shipping samples of their Arm based Centriq 2400 server processors in 2016, before launching mass production the next year with three parts including Qualcomm Centriq 2460 48-core processor. Development seemed to go along nicely until Qualcomm allegedly decided to exit the server market in the middle of last year.

The story got confusing when GIGABYTE still decided to launch their H221-Q20 server powered by Qualcomm Centriq 2400 processor last November, which would not make sense if Qualcomm is really existing the server market, and parts would not become unavailable after a short. But today, as I read the slides of GIGABYTE presentation at the HPC Asia workshop that took place on January 14-16, I realized Centriq 2460 is still alive but just changed owners…

So the GIGABYTE H221-Q20 server is compatible with StarDragon 4800… What is that? StarDragon sounds familiar, a bit like Qualcomm Snapdragon. It turns out Qualcomm collaborated with the government of Guizhou in China to establish Guizhou Huaxintong Semiconductor Technologies Co that has started mass production of StarDragon 4800 server processor featuring 48 Armv8 cores. Since it can replace Centriq 2400 series processor in GIGABYTE server, It’s clear the processor did not just come out of nowhere, and either its a rebranded Centriq 2400 or a possibly a modified version as we’ll discuss below.

StarDragon 4800 is said to be manufactured with a 10-nanometer node, integrate 18 billion transistors in a 400 square millimeter silicon pellet, and execute around 500 billion instructions per second. All those points match the ones revealed during Centriq 2400 series announcement. But there may be a little difference, as the crypto module inside StarDragon 4800 is supposed to meet the standards of China’s commercial cryptographic algorithms. 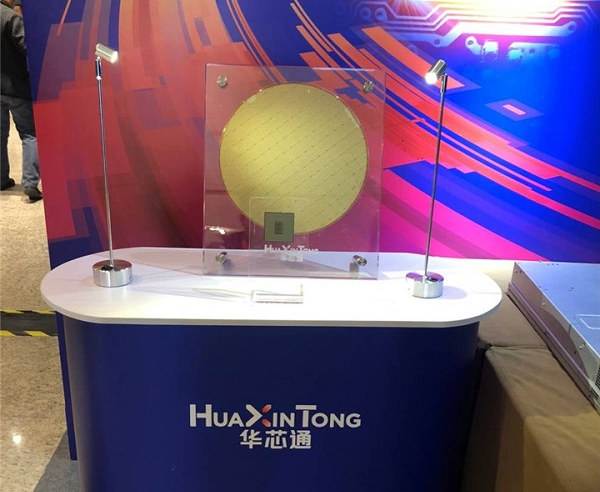 So the good news is that Centriq 2400 series processors are not exactly dead, but instead are now known as StarDragon 4800, and according to the aforelinked China Daily article, StarDragon 4800 will compete with mainstream high-end chips for servers in the international market, so that means if you have a Centriq 2400 project, you should be able to carry using the new Chinese processor provided politics does not get in the way.

So this is what Centriq has become. Nice detective work!

I’m not that convinced yet that Centriq is now StarDragon. Gigabyte mentioned Centriq 2400 just recently here https://www.gigabyte.com/us/Press/News/1648 and in the above referenced slides they talk about the cooperation with Huaxintong as something happening in ‘2017-2018’.

Maybe the StarDragon is just a variant including certified SM2/SM3/SM4/ZUC crypto implementations? And if it’s a SoC for the Chinese market most probably they also prefer to replace US backdoors with their own?

That’s plausible as well. But then we’re back to square one: what has QCOMM done with Centriq?

we were told that only GIGABYTE is the only manufacturer who is allowed to sell these systems into the channel, with everyone else being an OEM — whatever that means 😉

HXT got the design of Centriq 2400, probably both front-end and back-end, and taped out their own chips which is so called StarDragon. So StarDragon is basically Centriq with some customization.

The story is so far so good, except I heavily doubt that whether HXT has the knowledge/ability to continuous evolve the core architecture since Centriq is dead.