UP Squared Apollo Lake Development Board Comes with Up to 8GB RAM, 128 GB Storage for 89 Euros and Up (Crowdfunding)
Skip to content

AAEON Introduced a Intel Atom X5 based Raspberry Pi-like development board named “UP Board” last year that sold for as low as 89 Euros via a Kickstarter campaign. The company is now back with the first Apollo Lake development board for makers I’ve seen so far, powered by either a dual core Celeron N3350 or a quad core Pentium N4200 processor, featuring an Altera MAX 10 FPGA, and called UP2 (“UP Squared”). 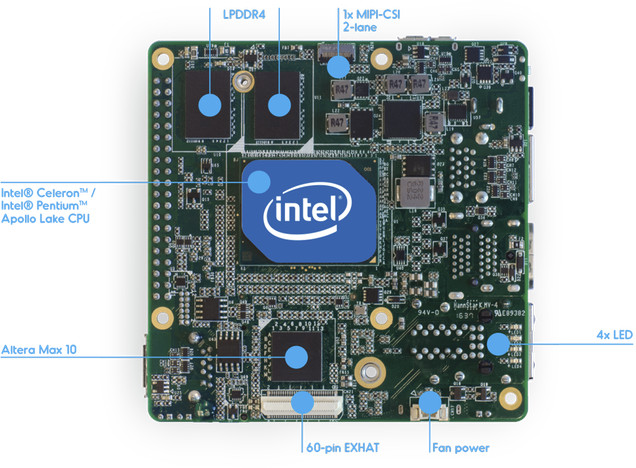 There are six variants of UP Squared board sharing most of the same technical specifications: 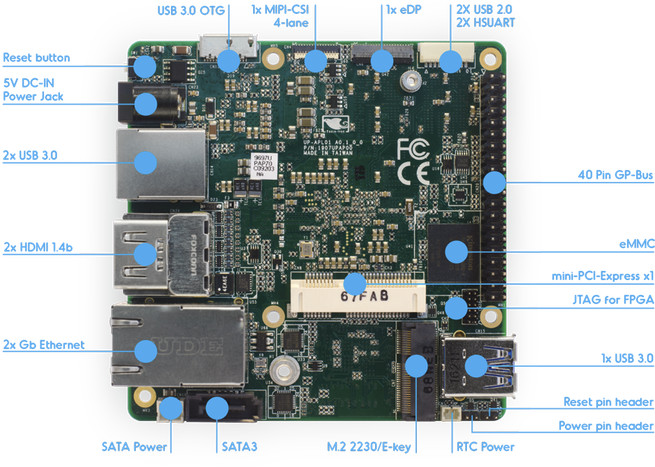 The six available boards have only differences in terms of processor, RAM, and storage: 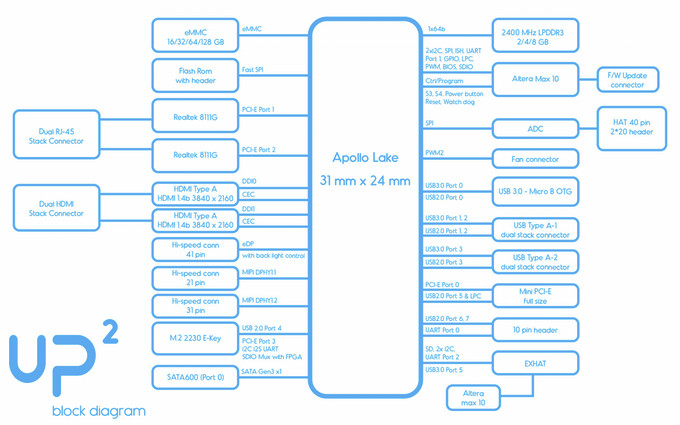 The board will support Windows 10, Windows IoT Core, Linux (Ubuntu, Ubilinux Debian, Yocto Project), and Android. UP2 board should also leverage UP board eco-system with support for Intel RealSense for robotics project, LoRa connectivity for IoT gateways, EnOceon solutions for home automation, and TPLink for WiFi, and many more.

UP Squared is larger than UP board, but as seen from the table above offers many more features, and more performance for about the same price.

The project has now launched on Kickstarter, where the company has also surpassed their 10,000 Euros funding target, with pledges currently totaling a little over 22,000 Euros. Most rewards starting with UP Squared Celeron at 89 Euros come with the board only, but you may consider pledge for kits that include the power supply, HDMI cable, SATA cable, USB 2.0 pin header cable, and WiFi 802.11ac and BT 4.2 M.2 module (Starter/Innovator Package). Most rewards are expected to ship on April 2017, excepted Innovator packages with Beta boards reaching backers in February 2017. Shipping is not included, but is only 13 to 16 Euros for Europeans, and between 28 and 46 Euros (Brazil) for the rest of the world. More details include the 40-pin header pinout can be found in UP Squared product page.