Dresden-Elektronik has released a new ZigBee USB dongle/stick called ConBee II (a.k.a. ConBee 2) as a direct replacement the first-generation version, as well as the new Phoscon Gateway Raspberry Pi based Zigbee Hub. Beside new Zigbee hardware, the company has also released a new version of deCONZ graphical user interface used to set up and control any ZigBee network without any programming, as well as a new corresponding “Phoscon App” mobile app for home automation control. 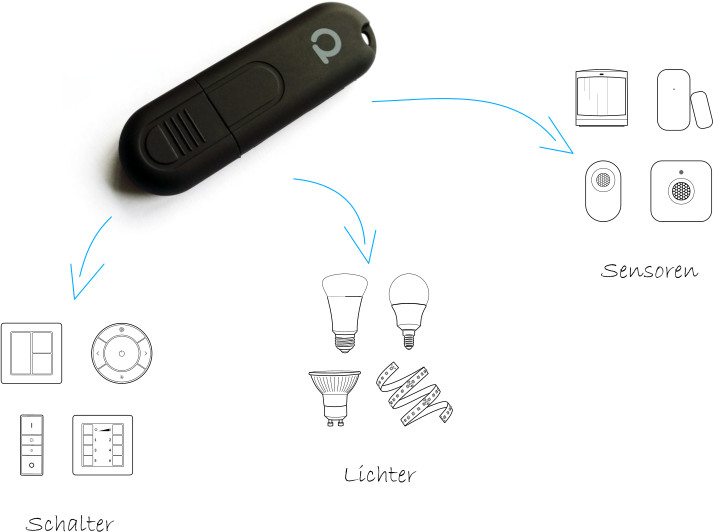 The new “ConBee II” ZigBee USB dongle/stick features improved signal amplifier with longer radio range, and is based on a 32-bit Arm Cortex-M0 microcontroller (Microchip ATSAMR21E18A) instead of an 8-bit AVR based MCU.

The USB gateway does not require registration and connection to any cloud services, or even Internet access. You’ll just need to plug into a computer, laptop, Raspberry Pi, or mini PC running either Windows 7/10, Ubuntu Linux, Raspbian and Docker. 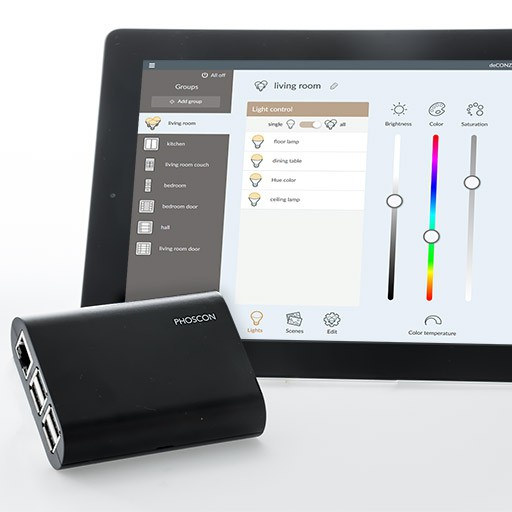 From the outside, Phoscon Gateway just looks like a Raspberry Pi 3 board fitted in a case, but internally a Zigbee radio has been added:

The Phoscon Gateway has the same Zigbee compatibility as the USB dongle, and can be controlled using deCONZ GUI that can be integrated into Home Assistant, as well as the web based Phoscon mobile app.

Conbee II and Phoscon Gateway can be purchased directly from Dresden Elektronik store, or from the company store on  Amazon DE.

That’s a really steep price for an RPi with a €30 module fitted to it.

The new ConBee II hardware and firmware is also backwards compatible with the deconz serial protocol used by the previous ConBee and RaspBee, meaning that it will work out-of-the-box with the zigbee-deconz module for zigpy which Home Assistant uses for its native ZHA (Zigbee Home Automation) implementation

@TLS I guess that the steep price for the Phoscon Gateway is not the hardware or the software but that actual commercial support that you get, just as if you would buy any other commercial Home Automation Gateway (like Homey or similar), it is not just the hardware that you pay for.

Hmmm just bought Conbee USB two weeks ago and the range was weak :/

have you tried Version 1?
Was it better with Version 1?

You should take into consideration that the range on almost all Zigbee devices is not long and that is why they rely on the Mesh network to repeat the signal, that is by design.

Zigbee range is generally only around 10-15 meters at most for each device when you have walls and other obstacles (about the same as with Z-Wave Plus).

The solution is really to buy more devices to add to your mesh. Personally, I just installed a Philips Hue Lightbuld in each of my window lights (in each window around the house) and that was enough to create a mesh that it gives excellent coverage inside the whole house.

My tip is otherwise to buy a few “Ikea TRÅDFRI Signal Repeater” to add to your Zigbee network around the house as they are cheap and as a bonus, they can also act as a USB charger.

Andreas is right, Zigbee network is made to work with mesh.
The coordinator range is low but it don’t need to access to your farthest device, but just your first router device (like a bulb or a plug for example).