VideoStrong has launched many Amlogic based Android TV boxes with one or two digital TV tuners, often under the Mecool brand, over the years. But their latest Mecool K6 set-top box features instead an HiSilicon Hi3798M processor with GB RAM, 16GB storage, and two independent tuners supporting DVB-T2/T/C and DVB-S2 standards for respectively terrestrial & cable TV, and satellite. 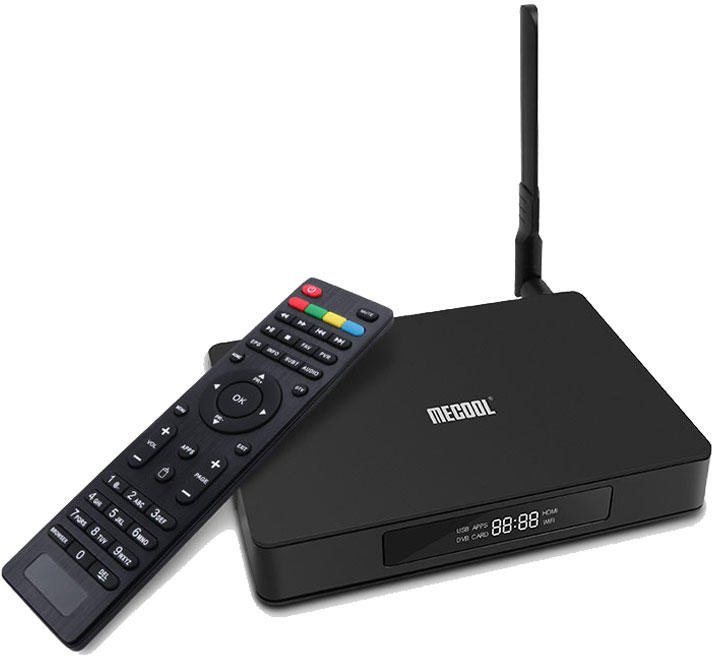 The box runs Android 7.0 operating system (not the Android TV version), and ships with an HDMI cable, an IR remote control, a power adapter, and a user manual. It looks like the DTV app for the tuners and found in Amlogic boxes have been ported to HiSilicon too. If that’s indeed the same app, you can check out our previous posts and videos about the DTV setup part as well as watching live channels, accessing EPG, etc.. from satellite dish or terrestrial antenna. StbEmu app for compatibility with Stalker MAG25x IPTV middleware is also includes.

Mecool K6 can be purchased on Banggood ($76.99), as well as GearBest which currently runs a promotion for $69.99 for the next four days.

No DVB-CI support means it’s useless in most countries outside very limited unencrypted content. Massive oversight in the hardware specs.

HiSillicon means no ELEC ports, what about kodi on this android box… How does it run? No turners in kodi i guess. Why do they drop 1gbit lan connection… Blaahhhhh

I think that it works with openatv. alot of hisilicon device add oe-alliance like U5Pvr. But old hardwer.
k6 anroid 7+ enigma2 (mecool dont support your box. no try to add openatv project)
but sheap than other hi3798 based dvb receiver
k1 pro
openelec+coreelec+ vitmod (neutrino+openpli)+ android 7 +vitmod atv and ubuntu