The problem is that the feature is not always implemented, and/or does not work for all apps. AFRd auto frame rate daemon aims to solve this issue by automatically switching video output to match the video framerate – e.g. 23.976 fps or 59.94 fps – on Android TV boxes powered by one of Amlogic 64-bit processors, be it S905, S905X, S905X2, S912, S905W and other more recent Armv8 processors from the company. 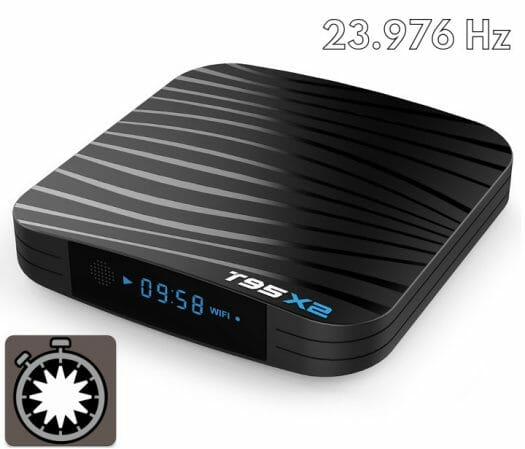 Developed by Andrey Zabolotny (anpaza), AFRd is Linux daemon can be linked to either bionic for Android, or glibc for Linux operating systems, and the source code can be found on Github.

The installation will be easily in Android, as Andrey provides an apk (ru.cobra.zap.afrd-0.3.2.apk) which you can install in your rooted TV box.

Then you can enter the app to enable/disable auto frame rate, and adjust other settings such as preferred frequencies. It’s also possible to directly edit AFDR configuration, and/or control the daemon through an API as explained in details in the Github page.

Another solution on Android, without requiring root, is to use NOVA Video Player, it has a setting to set hdmi frame rate based on video

Never heard of this player but it’s certainly nice.