This has become especially important now as some USB devices include Bitcoin Wallets, FIDO2 keys, and encrypted drives with valuable data. 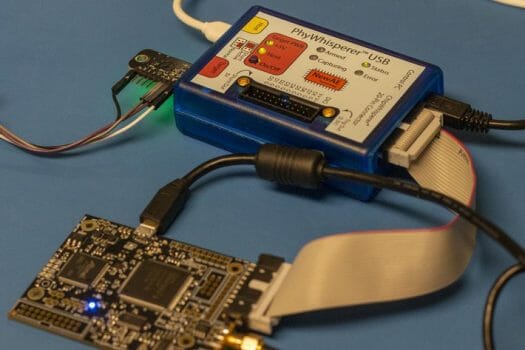 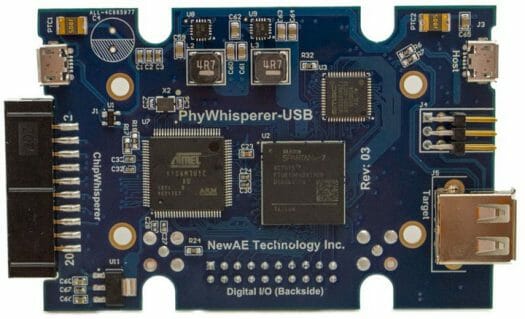 The equipment is controlled with PC software written in Python 3 that works in Windows, Mac, and Linux.

Some of the highlights of PhyWhisperer-USB include: 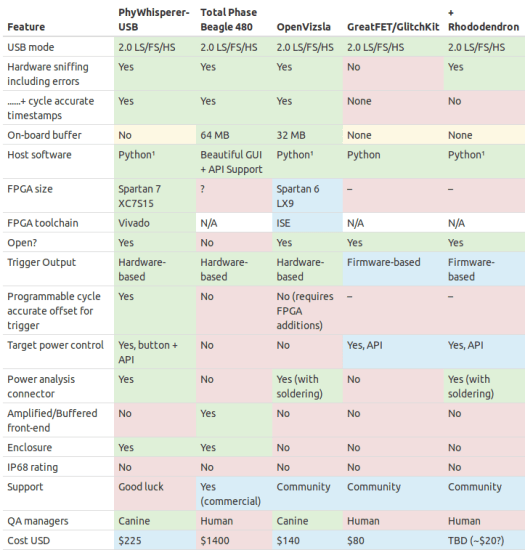 The table above compares PhyWhisperer-USB to various commercially available tools, as well as Rhododendron which adds hardware sniffing to GreatFET. For even more USB tools and details, you can check out a recent presentation by Kate Temkin and Mikaela Szekely at Teardown 2019.

PhyWhisperer-USB has launched on Crowd Supply with a symbolic $1 funding target. Rewards start at $225 for the PhyWhisperer-USB kit which comes with a PhyWhisperer-USB in an enclosure, an MCX to SMA cable, an MCX to BNC cable, and two micro-USB cables. Other perks are also available in different quantities. Shipping is free to the US but adds $12 to the rest of the world. Backers should expect their reward(s) to ship around December 2019.