Back in May, there were rumors Huawei was working on HongMeng OS as an alternative to Android mobile operating systems, as the OS was brought to light due to US sanctions against the company. The new operating system was later confirmed and will be called HarmonyOS outside of China.

A few days ago I received a tip in Chinese with this link explaining Huawei had released the open-source Ark compiler for HarmonyOS aka OpenArkCompiler. The compiler works with Java apps and converts the source into AArch64 binaries. The illustration below implies it should also work with C, C++, JavaScript, and Kotlin programming languages. 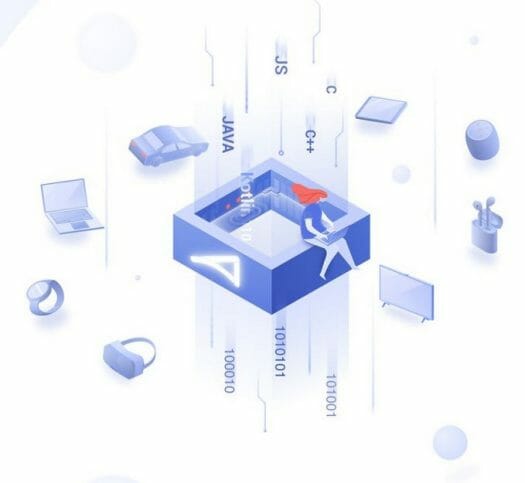 Three links were shared in the announcement:

As a side note, I had never heard about Gitee, and the site is an alternative to Github in China, which may be useful to developers who had their Github account restricted due to US sanctions.

The compiler has been released to promote HarmonyOS to app developers, as while Huawei can develop the operating systems on their own, they also need to replicate the large ecosystem of apps available to Android to be successful.

The Ark Compiler will apparently make porting Android apps to HarmonyOS easier, as a report from GlobalTimes quotes Richard Yu Chengdong, chief executive of Huawei’s consumer business group, as saying “migrating Android-backed apps to Harmony is easy and only requires one or two days’ work via the Ark Compiler.” I suppose it may be the case for simpler apps, but more complex apps such as games developed with the native SDK may be more difficult to port, especially the graphics framework also needs to be supported by HarmonyOS.

The news is mostly relevant to Android app developers that target the Chinese market, at least for now.

Thanks to Yulun for the tip

Huawei should port Kodi (XBMC) to HarmonyOS themselves if they wish to promote it as “does it run Kodi/XBMC?” is today more commonly asked than the old meme “but can it run crysis?”. I’m sure the Kodi team will not port it until if and when it becomes popular on some very cheap media player and set-top boxes as Android is today.

They seem to focus on smartphones and wearables. Are there many people using Kodi on phones?
Kodi is great for TV boxes and HTPCs, but when I tried it on a phone a few years ago it felt awkward to use. Maybe it has changed since then.

The touchscreen interface use to be awful for Kodi but it has become much better in later releases, it does however still depend a lot on which skin you use for Kodi so for a good touchscreen experience today you now just need to be sure to use the new default skin for touchscreen (Estouchy) and not any other skins as those others may not be as optimized for touchscreens => https://forum.kodi.tv/forumdisplay.php?fid=261

Github isn’t unavailable in China because of US sanctions, it’s blocked by the Great Firewall of China.
Primarily because of some repos that the Chinese government asked to be taken down, but Github refused

I get your point, but the story I link to is about Iranian, Cuban… developers that had their account restricted due to US sanctions. Those developers could use Gitee instead.

I meant US sanctions that lead to Github to block Iranian developers. Those could use Gitee instead since I doubt there are any Chinese sanctions against Iran.

Checking the Ark Compiler Recently Made Open-Source by Huawei: https://www.viva64.com/en/b/0690/