RS485 sensor nodes are often used in smart agriculture, environment monitoring, or factory & building automation and work up to 1.2 km when using AWG 18 cables. If you already have such nodes but need to extend the distance, or would like to reduce the need for long cables, you could make use of Dragino RS485-LN RS485 to LoRaWAN converter which will work up to 10+ kilometers depending on conditions. 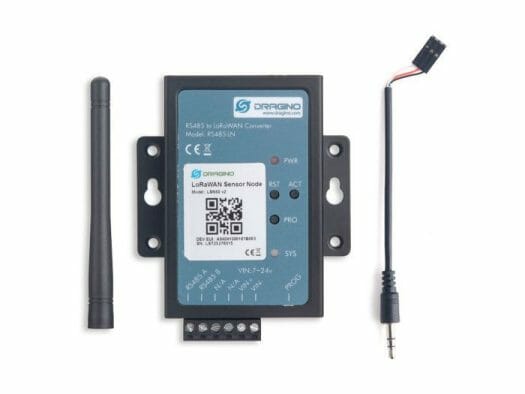 RS485-LN works in both directions:

You’ll find documentation on the manufacturer’s product page including a short datasheet, and a more useful user guide which explains the AT commands set, how to connect to the Things Network, and the method for the firmware upgrade.