The SD Association seems to be releasing new specifications faster than the industry and consumers can pick up. In June 2018, the SD 7.0 specification added SD Express cards with PCIe and NVMe interfaces for theoretical transfer rates up to 985 MB/s, followed by SD 7.1 specification in February 2019 adding SD Express to MicroSD card as well.

SD 8.0 is for full-sized SD Express cards that use the same NVMe upper-layer protocol, and remain backward compatible with earlier SD standards including UHS-III. 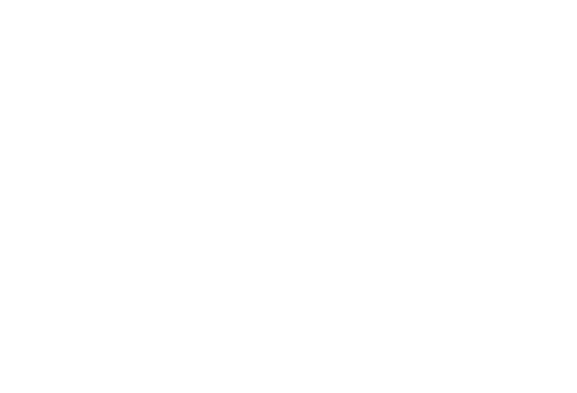 A quick search on Amazon shows SD Express card based on SD 7.x spec. are still not available to the general public, but an interview from last year with Mr. Yosi Pinto, chairman of the SD Association, indicates such cards and hardware that fully support those may become available sometimes in H2 2020.

Can you imagine the heat dissipation a 2xPCI-E 4.0 uSD card will suffer?

Only recently first PCIe Gen4 controllers started to be made in efficient processes with 16nm or below which will drastically reduce energy consumption and heat. Once the aforementioned standard might have any relevance for real products (in a decade or so) this might be even less of an issue. Heat is mostly generated while writing but the hybrid nature of those cards (NVMe and good old UHS in parallel) will allow to use these things in cameras recording for hours with moderate data rates (100 MB/s or below) while afterwards being able to transfer the card’s contents to a real… Read more »

I agree that future processes will allow the interface to require lower power, but for now, it’s going to take a few *Watts* to drive two Gen4 lanes. That’s an insane amount of power for a micro-SD card. That’s unplesant for a full sized SD card. You may be right in that mobile devices will use the lower speed interface to write their data at the rates they need to–over longer periods of time. While only the reading at the end will use the high speed interface to empty the card. But, you know that people are going to use… Read more »

> for now, it’s going to take a few *Watts* to drive two Gen4 lanes Sure, but this standard is not about ‘now’ but the future 🙂 All these ‘low-end’ storage standards like SD or CompactFlash fight for adoption and as such backwards compatibility becomes key. This standard allows to keep compatibility to UHS I (existing cameras, industrial and automotive stuff) while providing an upgrade path making a smooth transition possible. The ability to operate at two Gen4 lanes will most probably only matter in a decade when 4GB/s will be considered ‘rather’ slow by that time. And only once… Read more »

I relish your optimism. 🙂

SD cards with this standard are rare, SOCs with pcie 3 are even more rare besides from x86…

> SD cards with this standard are rare

Huh? There exists not a single one today because new standards are about the future.

If this standard gets any adoption (the backwards compatibility to UHS might help here) then let’s talk again in a decade when measuring capacities in GB will only be a typo any more since low-end cards will start at several TB capacity and a 4GB/s transfer rate is considered rather slow.

Which µSD card do you use to prevent overheating in writing high speed data ([email protected])?

yeah, the eternal nonsense. SD cards are much more reliable than microSD but they keep on forcing us to use microSD no matter what for all sbc. I only don’t mind using them for phones because they need to be small but in 5 years phones will have enough internal memory for everything that using microSD will be very rare. The focus here is the ultra low priced devices that have no flash memory at all, so a regular SD slot would make things much better for maybe $1 extra to the maker.

Why? Just because bigger size of SD cards support heat transfer through surface area and to what percentage? Are there electrical differences between SD and microSD cards? With 4GB/s nominal transfer rate (iops?) it’s on same level like todays pcie 3.0 nvme standards on up to 4 lanes, so do they include comparable storage controller and flash structures like for nvme (below nvme-of)? IOPS for A2 class2 cards are at about 4000 iops for reading and 2000 for writing and microSDs can be used in low power mode at 1.8V compared to 3.3V for SD cards. Is storage controller more… Read more »

> Which µSD card do you use to prevent overheating in writing high speed data ([email protected])?

None since that’s not any of my use cases. But if this is something you’re into check the video speed classes (V30, V60 or even V90 that should guarantee 30/60/90 MB/s sustained writing speeds).

And don’t be surprised if V90 µSD cards are at least ten times more expensive per GB than the cheap junk we use in SBC.

I assume he meant the other SD cards using the older PCI-E type interface. I follow digital photography and they make a big deal when new cards come out. I think I’ve only seen one announcement for such cards. The competing standards C.fast, etc. are way more common.

CompactFlash is moving on to NVMe/PCIe with CFexpress. But this doesn’t allow for backwards compatibility to CF and Cfast while SD Association at least tries to provide an upgrade path (though if I understand correctly UHS backwards compatibility is limited to UHS-I while the faster II and III modes are not supported due to missing pins on the card).

Oh, it’s going to be SD. They already have a 100 or 1000 to 1 ratio now. I don’t see that changing. The CFexpress and C.fast products are tiny little nitche products only found in very specific applications–mostly digital photography and cinematography. Most hight end cinematography just use straight up SATA (or better) SSDs. Or a micro-NAS type of setup.

Exposing PCIe lanes to the outer world will progressively open new vulnerabilities, that’s fun! If your PCIe controller doesn’t have an IOMMU, just plug in a master device and let it scan the whole RAM or edit it 🙂 And even with IOMMU, you can pretend to be a device for which you know the driver is vulnerable, and talk to that driver, typically a network driver that fails to restrict the transfer length because it doesn’t expect the chip to return frames longer than MTU.

Are these really new? Aren’t we talking about the same ‘class’ of vulnerabilities like we had/have with PCMCIA, CardBus, PC Card, FireWire,, ExpressCard and Thunderbolt already?

Absolutely, except that SD is often exposed on closed machines where an SD and a touchscreen are the only two parts in contact with a user. For example standalone photo printing machines. On such machines, nothing else was exposed.

Second, the dangerous ports above were not present on office machines, most only on laptops. On office machines you’d only find USB ports (sometimes disabled), and an SD-over-USB reader. I wouldn’t be surprised to start to see screen unlockers running in an SD card 🙂