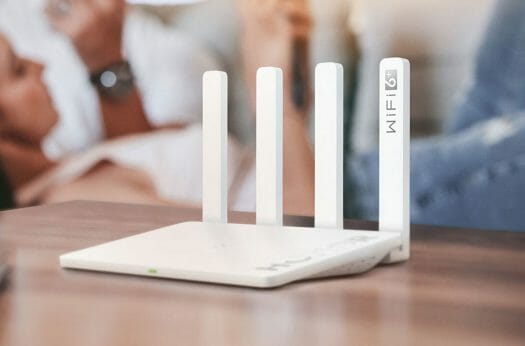 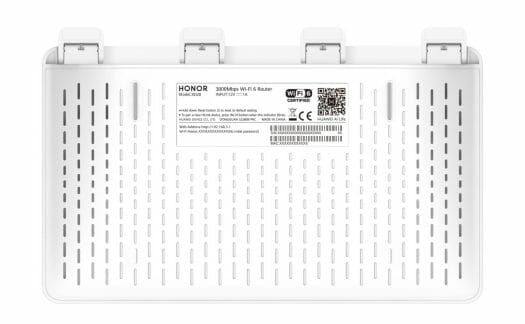 The router is said to run “Huawei RTOS system” with “Huawei terminal home router communication management software V6.0” and Huawei Smart Life mobile app. I can see mentions of WiFi 6+, but I’m not quite sure what it refers to.

On paper, it’s better and cheaper than Xiaomi Mi Router AX1800, but for non-Chinese speakers, it will likely be hard to use due to the lack of translations into English and other languages, at least at the beginning. There are already some reviews in Chinese of the router showing how it performs when tested with a Huawei Honor WiFi 6 phone equipped with Kirin W650 chip (same a GigaHome W650 but optimized for phone), and results seem pretty good.

Despite US sanctions on Huawei, Malaysian website SoyaCincau claims Honor Router 3 will be sold worldwide starting in July 2020. Honor Router 3 WiFi 6 router is sold on Aliexpress for $59.99 shipped. However, considering the $31 price tag in China, I’d expect the price to eventually drop to around $45 to the rest of the world. 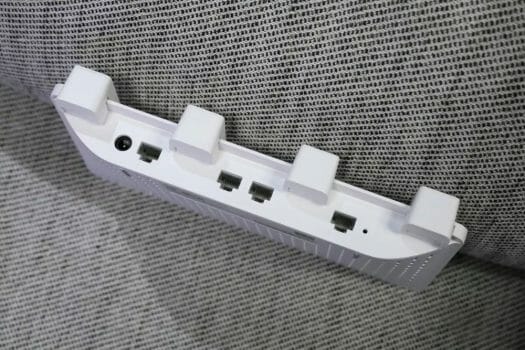 Huawei processor…I guess the chances of getting OpenWrt on this are veeeery slim. I would never use this or the xiaomi routers with the stock firmware.

Good point. This was exactly what I thought when I saw the specs.

DD-WRT does not even support any Huawei routers at all, however, OpenWRT does support some Huawei routers, but, those are all Atheros, Broadcom, or Ralink based:

Under less than ideal conditions the link rate depends on signal strength and is always lower. And the achievable data rates based on the real link rate are again way lower.

That’s how all wireless products are promoted. 2976 Mbps rounded to 3000 Mbps.

That’s not the problem. These are ‘best case’ link rates but unfortunately you call them ‘data rate’ or ‘transfer rate’. That’s highly misleading since data rates are way lower than those theoretical link rates.

Or maybe they count like many switch vendors do, by summing all ports’ input traffic with the output traffic, resulting in systematically announcing the double of the reality as if the switch itself was sinking and sourcing that traffic 🙂 I.e. a 1 Gbps full-duplex network cable is a 4 Gbps cable in their model.

The number isn’t the problem. It’s the labelling in this article. No AP or router vendor would boldly call the 3000 marketing BS number data rate or throughput rate since it’s the rather irrelevant link rate.

Thanks for this great article.
This cnx article title is a little « please click me » with this fake price for the readers, isn’t it ? ?

Not for the same price as of now. There is even a premium for the black version.

Don’t you think we can select English as the language in the UI during installation if it is to be sold globally / internationally?

With the exception of the United Kingdom. U.S. sanctions of Huawei does not apply most of the rest of the world, inc. EU.

> so I can’t read the article

If you’re fine with text only simply use archive.md –> https://archive.md/KBbJk

Thank you, it is very interesting. How much more is Nokia & Ericsson more expensive than Huawei?

Add a dot after the .com and it’ll skip the login, eg:

Does someone have more details about the Wifi part?
Is it integrated in the HiSilicon Gigahome 650 chip?
Is this HiSilicon’s own IP or did they just license some wifi IP somewhere or is this even just a rebranded third party chip?
Having access to a GPL source code release or a picture of the board without the EM shielding would probably help to answer this.

Bastards seem to have thought about that already:

“The router is said to run “Huawei RTOS system” “