megaAI 4K AI camera board reminds me of Kendryte K210 based boards such as Maixduino used for computer vision for tasks such as object tracking or face recognition, but instead of just handling QVGA at around 15 to 18 fps, megaAI can supports inference at 4K resolution up to 30 fps.

The tiny board can achieve this feat by leveraging the 4 TOPS of AI processing power delivered by Intel Movidius Myriad X VPU (Vision Processing Unit) while consuming only around 2.5 Watts. 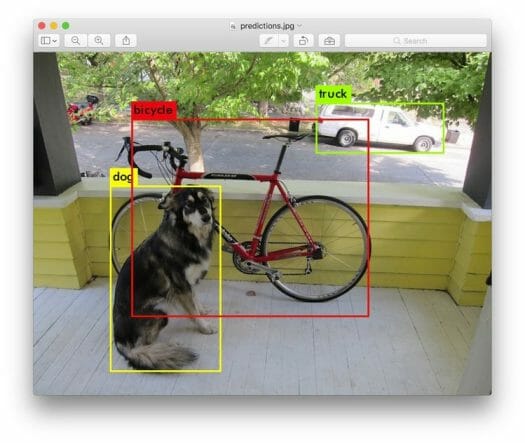 They tested MobileNetSSD on Raspberry Pi 3B+ with CPU inference at around 6fps, with Intel Neural Compute Stick 2 (NCS2) and OpenVINO at 8.3 fps, and somehow managed to get up to 25.5 fps with megaAI with OpenVINO despite using the same VPU, apparently because they somehow managed to leverage other hardware blocks within Movidius Myriad X, but it’s quite possible the NCS2 data is not directly comparable…

megaAI board has launched on Crowd Supply a little while ago, but we only noticed it as the campaign is about to end in 6 days. The $15,000 funding target has not been reached yet, but with close to $12,000 raised at the time of writing they are not so far from reaching their goal. Rewards start at $169 for one megaAI board with free shipping to the US and $12 to the rest of the world. The $199 RoadRunner megaAI perks should get you a board shipped in early June, but other rewards are scheduled to be shipped at the very end of July 2020.