Itaca Innovation previously launched uChip, an Arduino-compatible board that has a Cortex M0+ MCU that features 0.3” spacing between rows. Now, next-hack joined Itaca Innovation to come up with an expansion board for uChip. The uChip Simple VGA Console (uSVC) Arduino based retro-gaming console is open hardware and is a programmable console. It will allow creating and playing retro “9-bit” games with standard USB controllers and keyboards. 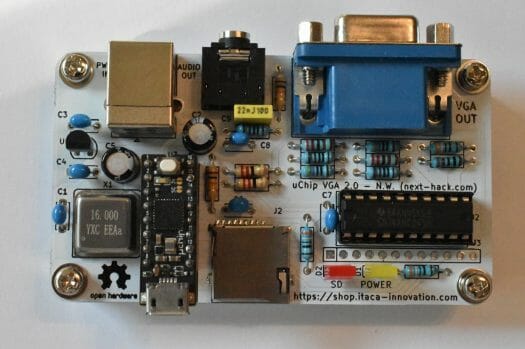 You will get one uChip (pre-soldered) and the uSVC game loader pre-programmed, a PCB with a pre-soldered SMD MicroSD card reader. It also includes all of the components needed to build your uSVC, and Bill of Material (BOM) and assembly drawings will also be provided.

It is a do-it-yourself gaming console that comes as a kit and all you need to do is assemble it through-hole soldering skills. The only SMD component is the MicroSD card reader, which has been pre-soldered onto the PCB. 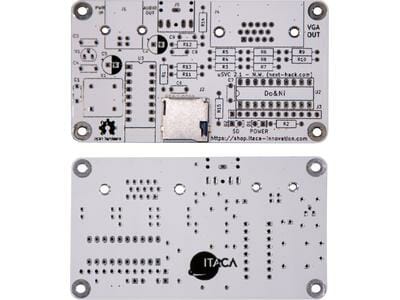 As the title suggests, it’s a programmable gaming console. It has a complete set of APIs and an editor that focuses on the art and the C code. So, you don’t have to worry about fiddly USB stuff, VGA signal generation, and other complications. 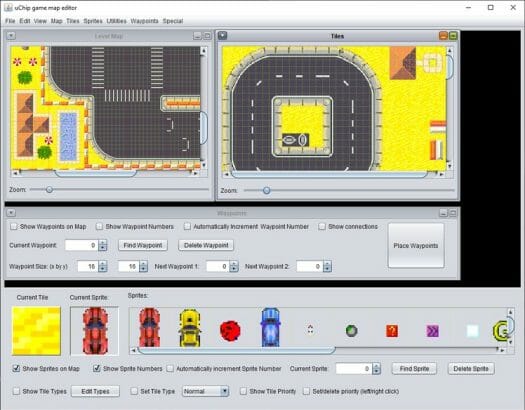 To get started, you need an IDE with support for the GCC (ARM) toolchain (e.g.  Atmel Studio 7, Eclipse, or NetBeans), as well as a flash programming utility for Atmel’s SAM family of flash-based ARM microcontrollers like BOSSA/BOSSAC, uChip Game Map Editor to export audio and graphics into C files, and a graphics editor (e.g. GIMP). You will also need audio editing tools like Audacity and Anvil Studio.

Don’t worry, if you haven’t used these toolchains, the makers plan to release a detailed guide on “how to develop for uSVC” using Atmel Studio, BOSSAC, and the uChip Game Map Editor.

What is a 9-bit console?

So, the term “9-bit” does not come from the actual architecture (which is 32-bit).  The number of bits indicates the power and features. uSVC cannot reach 16-bit console performance like the Super Nintendo, but it is in some parameters superior to the majority of the 8-bit consoles. You can find more details here.

uSVC is not only a gaming console, but more than that being a development framework. It goes well beyond games as it provides an option to connect third-party peripherals. This will help you design low-cost Arduino  powered devices that depend on USB connectivity and VGA output.

The project is now live on Crowd Supply and with a 2,000 US dollar funding target. The kit starts at 30 US dollars while the shipping adds 10 US dollars to the total cost, and delivery is scheduled for 25th February 2021.

For enthusiasts, all the source code of the uSVC kernel can be found here.

I love it! The less power the more fun 🙂