But in recent days, I’ve read people complaining recently announced WiFI 6 or WiFi 6E routers only had one 2.5 Gbps or 5 Gbps Ethernet jack and wanted all/more RJ45 connectors to be 2.5 GbE ports or greater. But if even the two 2.5GbE ports on ODROID-H2+ are not quite enough for your needs, Hardkernel H2 Net Card triples that amount by adding four extra 2.5 GbE to the x86 SBC. It also works on ODROID-H2, meaning you’d get the existing dual Gigabit Ethernet ports, plus the four 2.5GbE ports from the M.2 card. 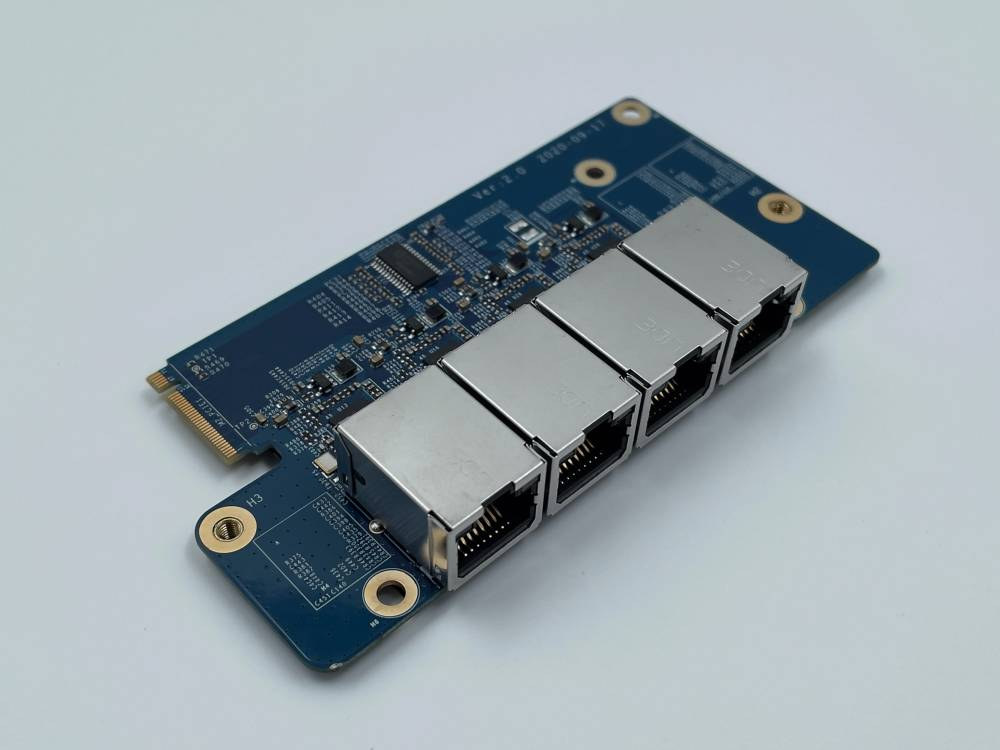 There’s no much in the way of specifications for H2 Net Card:

The card simply needs to be inserted into the M.2 slot beneath the board, and there are three compatible cases for it to make space for the extra Ethernet ports, and a choice of SSD/HDD storage options.

As explained in the Wiki, you’ll need to make sure the BIOS is updated to the right version:

The M.2/PCIe Gen 2 slot lanes bifurcation is configured in the ESF BIOS itself.

Starting with version 1.22 of the H2/H2+ ESF BIOS, we provide and will provide two versions:

To use the H2 Net Card you MUST flash the H2/H2+ BIOS with the second version. 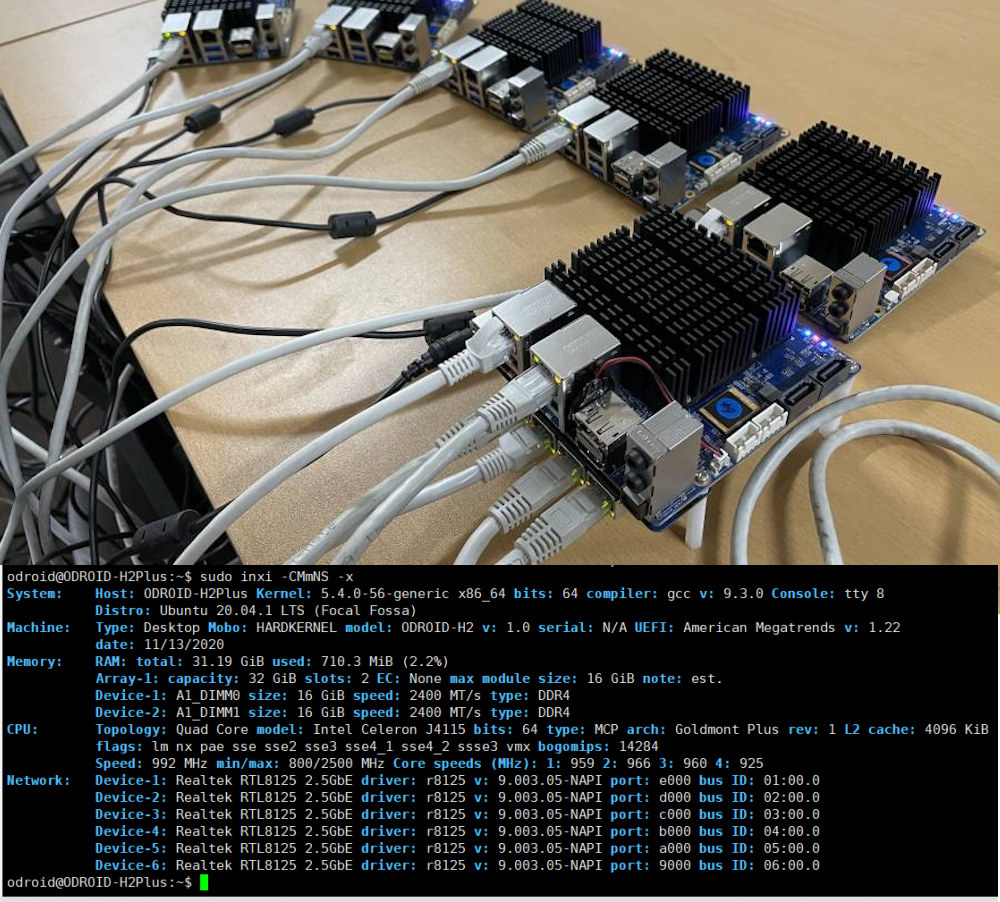 You’ll be able to check whether all four new 2.5GbE ports are well detected using a command like inxi:

Each port managed around 2.35 Gbps with the H2+ board with networking card consuming up to 45% CPU usage while sending data and up to 75% when receiving data from five iperf3 sessions. The total combined capacity of H2+ with the card is around 11 Gbps.

H2 Net Card can be purchased on Hardkernel store for $47 plus shipping. You’ll also find the Type 5, Type 6, and Type 7 enclosures on the shopping page.

Thanks to Dan for the tip

This is excellent! And it’s great that they could change the PCIe port configuration to avoid placing a bridge on the board. I remember when they entered the x86 market, there were some doubts about whether or not they’d manage to deal with all the BIOS mess that affects that domain, and it seems that they’re doing very well there, probably showing more control and flexibility than the majority of x86 board vendors who these days mostly focus on either rock-solid high performance servers or gaming machines tailored for a single purpose.

Very interesting!
But also with this new BIOS it would be possible to design a pci break out board to have 4 slots with one lane from the single m.2

The return of the riser card ™
*g*

The board doesn’t look like to me, maybe a next revision if theres enough demand?

Dang! This looks awesome. Right now I have multiple gigabit usb3 nics connected to my H2s.

Do I want to give up my SSDs for this mmmmmm.

Aren’t there multi nics on a single pci card?

For normal PCs I guess but for the H2 until this you either needed a messy adapter for a card or to use usb3 nics if you wanted more than the 2 on board ones.

With the eMMC module this gives you a nice compact networking machine that actually has a hope of driving the ports at a decent rate and not being some sort of BDSM-like experience to keep running a recent kernel.

Just imagined such a miner’s adapter, m.2 to 4xUsb 3 connectors, to 4xpcie16 slots with just 1 lane each…

Could you easily use this with another computer? Is all you need an m.2 connector with 4 lanes?

Is this supported by in-tree Linux drivers?

> Could you easily use this with another computer?