A highly reliable performance boost for the edge 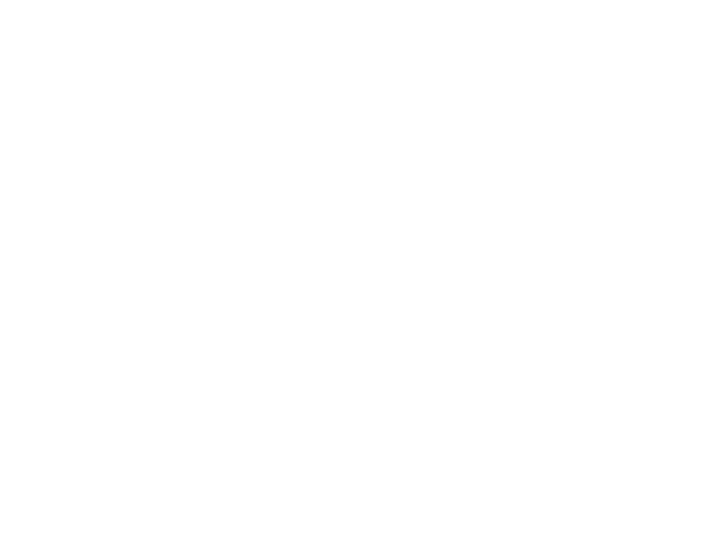 The new Intel Atom® x6000E Series, Intel Celeron®, and Pentium® N & J processors (code name Elkhart Lake) impress with twice the graphics speed of their predecessors and 50% more multi-thread performance on up to 4 cores. congatec is now making these processors available on the 2.5-inch Pico-ITX form factor, leveraging their industrial quality for the most reliable performance boost possible.

With growing digitization and the IoT trend, even the smallest edge computers are expected to meet high-reliability requirements today. Start-ups, makers, and spin-offs from big industrial companies increasingly deploy them in massively distributed applications to implement their new business models and IoT-supported services. They all face a similar challenge: Their apps are approaching market-readiness but their hardware platforms, which often originate from the maker board scene, lack reliability since they were not designed for large series and harsh environments. Industrial edge computing designs, however, must provide highly reliable 24/7 service over many years. Long-term availability and rugged design are therefore critical. congatec boards have always been characterized exactly by these qualities.

High quality even pays off in relation to performance: The conga-JC370 3.5-inch single board computer (SBC) achieved excellent design ratings in the Elektor test from October 23, 2019. This was the result of careful component selection and meticulous hardware-related software adjustment. Even under full load, the board never overheated. It also scored phenomenally well in the UserBenchmark speed test, proving that quality pays off in terms of performance gains and that, too, is important. It is well known that even the greatest performance gains of a processor can be forfeited if the final board design fails to deliver the performance boost to the end application without loss.

The conga-PA7 Pico-ITX SBC is another real piece of quality craftsmanship that is worth its price and ultimately even saves money, considering that a service incidence often costs significantly more than a complete board. Especially, when distributed in large quantities and the journey to the affected devices alone often costs more than the boards. So, quality invariably pays off. In addition to outstanding quality, the new Pico-ITX board is scalable from 6 to 12 watts and offers an outstanding feature set.

The new conga-PA7 SBC is available in 8 different performance levels with Intel Atom® x6000E Series processors as well as Intel Celeron® and Pentium® N & J processors in low-power 10 nm technology. The Intel Atom® X6425RE, Intel Atom® X6414RE, or Intel Atom® X6212RE versions of the new SBC even support the extended temperature range from ‑40°C to +85°C. Up to 16 GB LPDDR4x memory and up to 4267 MT/s are now supported. For mission-critical applications, the in-band ECC mode can be activated in the BIOS, allowing OEMs to achieve the same level of data security with standard RAM as with expensive ECC memory. These are perfect features for rugged real-time applications. Other functions that are highly welcome for tactile Internet applications include 2x Gigabit Ethernet in combination with Intel® TCC (Time Coordinated Computing), TSN (Time Synchronized Networking), and real-time support for the RTS Hypervisor from Real-Time Systems. These are massive improvements for markets such as automation and control technology, ranging from distributed process control in smart energy networks to intelligent robotics or PLCs and CNCs for discrete manufacturing. Other real-time applications can be found in test and measurement technology as well as in transport and automotive engineering applications including train and track systems or connected autonomous vehicles.

The new Pico-ITX single board computers (SBCs) are available in many configurations.

Significantly more graphics than before

Of course, the new Pico-ITX board with Intel Atom, Celeron, or Pentium processors is also perfectly suited for applications without real-time requirements, as these processors offer many additional features and functions that are essential for highly connected embedded systems. POS, kiosk and digital signage systems, or distributed gaming and lottery terminals are just a few examples of distributed installations that require M2M communication. For this purpose, all variants feature the powerful Intel® Gen 11 UHD graphics, which provides up to 32 execution units and therefore effectively doubles the graphics performance compared to the previous embedded Intel Atom generation. In addition, it supports all major acceleration APIs such as DirectX 12, OpenGL 4.5, Vulkan 1.1, OpenCL 1.1, and Metal, making it predestined for 3D graphics and a wide range of GPGPU-driven applications. Video-intensive applications such as digital signage, gaming, streaming clients, and AV head-end systems benefit from the hardware-accelerated encoding and decoding of the latest codecs, such as the ultra data-efficient, albeit compute-intensive HEVC (H.265) and VP9, as well as the widely used predecessors AVC (H.264) and AV1.

Generic extensions can be connected via an M.2 Type B socket with 2x PCIe Gen 3/SATA and USB 2.0, or an M.2 E socket with 1x PCIe Gen 3 and USB 2.0. PCI Gen 3 in combination with low power processors is new on such a small board. For many developers, the doubling of the peripheral data throughput to a maximum of 32 Gigabyte/s (16 Gigabytes per outbound and inbound channel) will be of crucial importance. Another new feature is USB 3.1 Gen2 interface support, offering a significant performance increase compared to USB 3.1 Gen1. At up to 10 GBit/s, this enables twice as fast data transfers compared to USB 3.1 Gen1, making it possible to transfer uncompressed UHD video signals – for instance, from a camera to a monitor – via USB for the first time.

The Pico-ITX board further provides 2x USB 2.0 via feature connector and 2x external USB 3.1 Gen 2 Type-A ports. The highlight, however, is the USB Type C connector with USB 3.1 Gen 2 for data rates up to 10 Gbit/s as well as DisplayPort and power delivery, which can be used to connect an external display with a single cable. Two additional displays can be connected via 1x DP++ and LVDS/eDP/MIPI DSI. A primary boot and storage drive with up to 64 GB can be integrated on-board via UFS 2.0 (Universal Flash Storage). This offers significantly higher bandwidth, faster data transfer, and greater storage capacity than eMMC. 2 x COM (RS232/RS485), 8x GPIO, optional 2x CAN bus and Intel® LPE Audio via I2S complete the interface set offered by the new Pico-ITX SBC, which also supports all relevant OS: Windows 10, including all Windows 10 IoT versions, Wind River VxWorks, Android, and all current Linux versions. All this is available on an amazing 100x72mm footprint.

Naturally, hardware virtualization also plays an important role in such connected real-time systems as real-time multitasking is a key requirement for IoT and edge devices. The Intel Atom processors support virtualization with Intel VT technology, which is an attractive addition to real-time hypervisor technologies such as those offered by congatec with the RTS Hypervisor. Intel VT technology supports single root I/O virtualization (SR‑IOV), for example. This allows multiple apps hosted in virtual machines with general-purpose operating systems (GPOS) to natively access an I/O interface, e.g. one of the Ethernet interfaces. This is a rather attractive feature, especially because these interfaces are often in short supply.

The RTS Hypervisor from congatec subsidiary Real-Time Systems combines seamlessly with the hardware-integrated virtualization capabilities of Elkhart Lake processors to run critical real-time applications – in parallel to other multi-purpose operating systems such as Linux and Windows, without causing any additional latency. So, virtualization primarily helps to consolidate numerous tasks on a single system. And the number of tasks is multiplying rapidly in next-generation industrial control systems, which these days, on top of site control, are often also required to interact with each other in real-time. In addition, IIoT-based data exchange is needed to monitor distributed machines, optimize asset performance, and introduce new business models with predictive maintenance and as-a-service offerings. Many applications also require the integration of vision-based artificial intelligence. The RTS Hypervisor is supported by all new congatec boards and modules with the new Intel Atom, Celeron, and Pentium processors. This is a feature that is only available from congatec in this form.

Artificial intelligence is widely used for edge analytics today. The new Intel processors support an extensive portfolio of AI products and optimizations for common frameworks. Particularly noteworthy are Intel® OpenVINO™ and Microsoft ML support. Microsoft ML is a free machine learning software library for the programming languages C # and F #. It also supports Python models when used in conjunction with NimbusML. The OpenVINO toolkit includes the Intel® Deep Learning Deployment Toolkit, optimized OpenCV and media encoding and decoding routines, as well as 20 pre-trained models and code samples. An efficient way to get started with computer vision and OpenVINO is the congatec workload consolidation kit for vision-based situational awareness applications. It is application ready and enables context awareness for robots, autonomous vehicles and video surveillance, passenger and pedestrian counting, or automatic checkout systems in the retail market.

The workload consolidation kit for vision-based situational awareness applications from congatec, which is Intel-qualified as a production-ready Intel® IoT RFP Ready Kit, demonstrates the efficiency benefits of virtualization. It offers three virtual machines (VMs) for workload consolidation of vision applications based on hypervisor technology from Real-Time Systems (RTS). One VM runs a vision-based AI application using Intel OpenVINO software for situational awareness. The second VM is real-time capable and operates deterministic control software, while the third VM acts as IIoT/Industry 4.0 gateway. The congatec kit, which was developed in cooperation with Intel and RTS and can also be made available with the new Intel Atom processor generation, targets the next generation of vision-based collaborative robotics, machine controls, and autonomous vehicles that need to perform multiple tasks in parallel, including situational awareness based on deep learning-based AI algorithms. 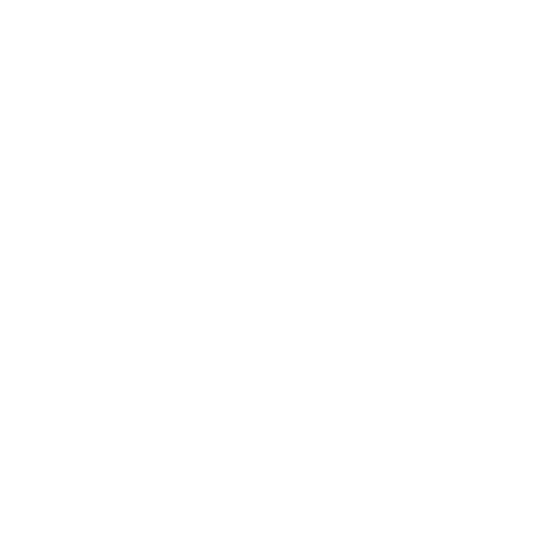