Pipo showcased a Snadragon 850 powered 2-in-1 laptop in fall 2019, and said it expected it to sell for around $400. But it appears it took quite longer than expected to launch the Arm Windows 10 laptop, and only now can we see PiPo W12 laptop sold on Aliexpress for around $422 and up plus shipping. 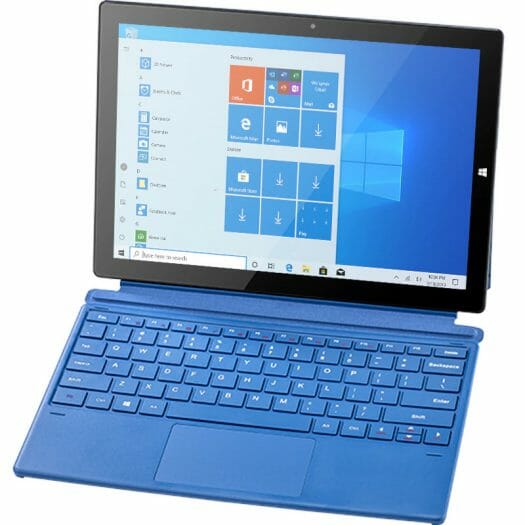 Pipo W12 specifications have changed a little bit since the first announcement, notably the display resolution, and we’ve got a few more details: 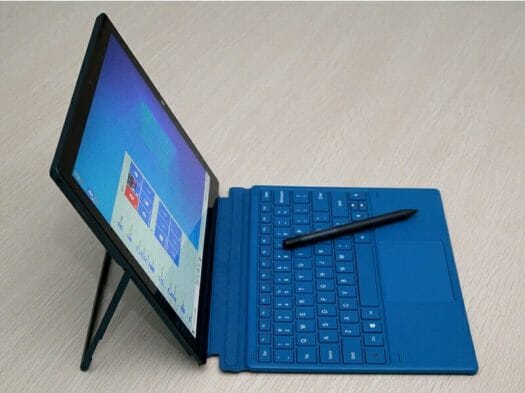 The 2-in-1 laptop comes with a genuine Windows 10 OS, and ships with a magnetic QWERTY keyboard, a capacitive stylus with 1024 levels of pressure sensitivity, a USB Type-C “data cable”, a charger, and a warranty card. Note the “data cable” is said to add “support for connecting monitor video output”, so maybe it’s a small hub with HDMI output, but I could not see any photos to confirm this.

I was surprised by the relatively short battery life as other Snapdragon 850 laptops like Lenovo Yoga C630 claims 20+ hours of battery life, but that’s because Pipo went with a smaller capacity battery (37Wh vs 61Wh) to lower the costs. In early days, Qualcomm based laptop were reported  to be sluggish possibly due to x86 to Arm translation, but as more programs may now support Arm natively performance may have increased, and user experience improved. Pipo W12 may have performance between Gemini Lake and some Core-m3 processors depending on the workload.

If Windows is not your thing, it might be possible to run Linux on the laptop using Aarch64-laptops project hosted on Github. The project provides a Debian image for the aforementioned Yoga C630, so with some efforts a port to Pipo W12 may be possible.

Wrt Linux support better check what works and what not with those Snapdragon laptops that already exist since years: https://github.com/aarch64-laptops/build#device-status

Windows 10 for ARM … is a commercially available product? You can buy that from Microsoft? OEM, or also retail?
And that is the same Windows that runs on certain Surface devices?

> Windows 10 for ARM … is a commercially available product?

Not at the moment. Only bundled with those ‘Always connected’ Snapdragon thingies like the one above. Might change if Apple and Microsoft are about to cooperate on Windows support for the M1 thingies but no idea whether this will ever happen.

So that means PIPO got the blessing from Microsoft, assuming it’s a legal version of Windows10-for-ARM? Interesting.

No idea what Pipo did/does. It was only about ‘Windows on ARM’ not being a retail product.

No way, I had Pipo Max M3 crap some time ago.
Macbook M1, if you are looking for really decent ARM notebook.

That must have been 7 years ago?

If Linux is your thing, which being here makes that likely, then the PineBookPro is likely to be a better choice.

I already have Surface Pro X, and I just bought this. It’s like a Surface Pro X Lite, and it’s less than 1/4 of what I paid for my Surface Pro X including accessories. Benefits of Windows on ARM (WoA) devices are no overheating, LTE connectivity, fanless, great battery life, instant-on, and full desktop browser. You can’t get a full desktop browser on an iPad or Android tablet. If you live in Microsoft’s ecosystem, and don’t like Google’s, then WoA and the upcoming Windows 10X devices are for you. If you don’t have any preference for Microsoft’s ecosystem, and prefer… Read more »