Kodi is an open-source media center that was initially designed for the XBOX game console, but was quickly ported to other platforms such as Windows and Linux, and eventually to low-cost Android TV boxes and single board computers such as Raspberry Pi.

A new stable release of the software comes out every couple of years, and the developers have just announced the release of Kodi 19 “Matrix” a little over two years after Kodi 18 “Leia” release.

The default user interface may look similar to the one for Kodi 18, but there have been many changes over the last two years with some of the highlights including:

You can find the full changelog on Github, and you can install Kodi 19 on your platform either directly from an App store (Google Play, Apple App Store, Windows…), or from the download section on Kodi’s website.

I follow the instructions to install it on Ubuntu 20.04: 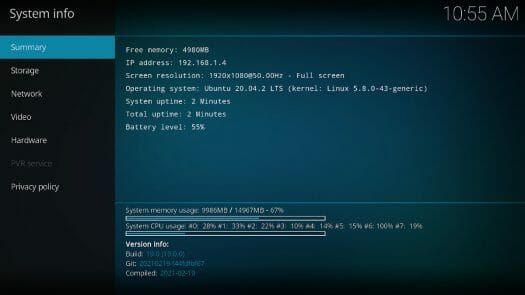 Since the changelog only mentions AV1 software video decoding, I downloaded some AV1 videos from Elecard to try it out. I have a laptop with an AMD Ryzen 7 2700U octa-core processor, and while it could play the 720p AV1 video, the 1080p video was choppy, and 4K video unwatchable. 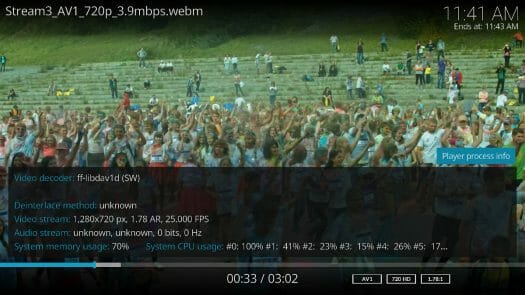 It looks like libdav1d is only using one core for video decoding. I’d expect the upcoming Kodi 20 to make use of hardware video decoding on supported GPUs, and one Arm SoC with AV1 support such as Amlogic S905X4.

Via Liliputing and Kodi.tv.

Any idea on how those addons will be affected by the move to Python 3?

All plugins maintained in the default repository will work as they have been updated to Python 3, other plugins which haven’t will not work.