Many people are using a power bank to extend the battery life of their mobile device(s), and there are also laptop power banks which higher capacity and support for 12V and/or 19-20V besides the usual 5V.

But BLUETTI EP500 & EP500Pro go up a notch as the systems aim at powering multiple home appliances or be used as UPS in case of power failure, or whenever you need to use tools or appliances away from the mains. 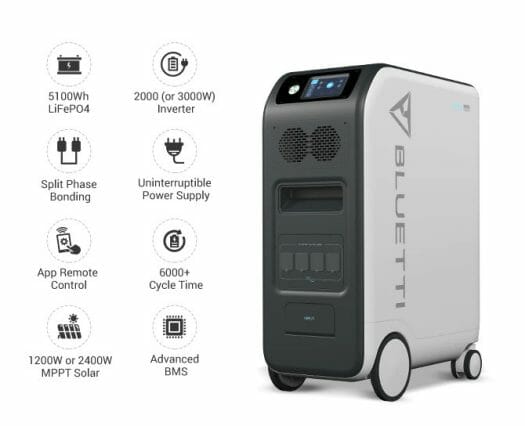 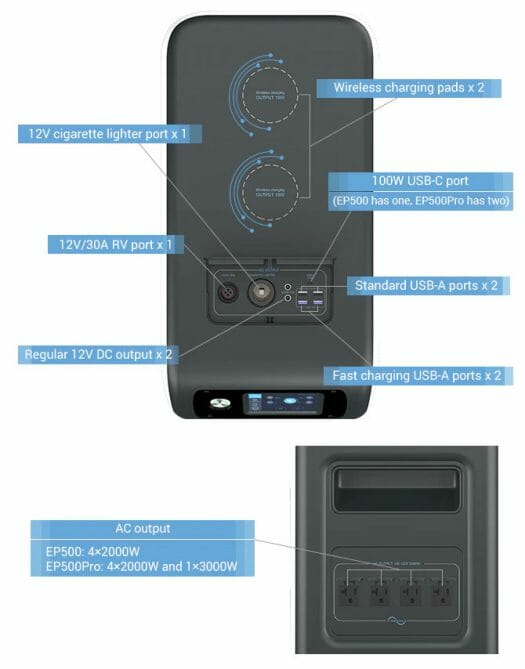 Charging is possible via the mains or solar panels using MPTT (Maximum Power Point Tracker), and faster charging under two hours is also possible when combining both.

Split bonding is also possible with the combination of two BLUETTI EP500 home power banks through the BLUETTI Split Phase Box to double the AC output and storage capacity. This option is only valid for the US version of the system. 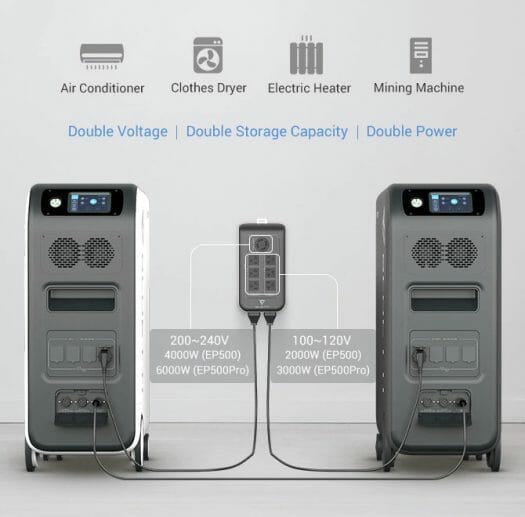 You can also lower your electric bills by charging the battery during off-peak hours, and use the EP500 Series system during peak hours. A mobile app for Android or iOS will also be released to monitoring and control the unit, as well as update the firmware.

BLUETTI EP500 & EP500Pro power systems launched on Kickstarter a few days ago and already raised over 2.5 million dollars with 53 days to go. The EP500 model requires a $3,159 pledge, while $3,799 is asked for the EP500Pro power system. Shipping is free to the US but adds $180 to $600 to other countries where shipping is available (Australia, Canada, and various European countries). Backers should expect their reward(s) to ship in August or October 2021 depending on the selected perk(s).

This is a sponsored post, as your link contains a referral. Please make that clear. It’s important to note this isn’t the first Bluetti battery crowdfunding campaign. They did the same with their AC200 model on Indiegogo. They also got other products currently available on Amazon such as the Maxoak 1500Wh (same company/brand). Their products are good though, I own the 1500Wh model and would love a 5100Wh model, the price is great too! Almost the same as 2x1500Wh devices.

It can be a nice way to make significant power savings when using renewable energy. Most of the time you can’t use a solar panel because you have nowhere to store the energy. Here at least you can store quite a bit of it, and use it, for example, to heat water, to operate the washing machine or the kitchen tools. However it’s not sufficient alone to save money (typically less than 1 EUR/day in France), it should first be seen as a UPS, which in addition can help cut costs. My grand parents used to live in the country… Read more »

It’s what solar panel vendors justify: their customers are expected to save money after many years of operation. After all, saving 1 EUR/day means that in 11 years you recover your investment.

For that kind of money you can buy a Sofar hybrid inverter and a pylontech battery, wish you cab then add solar panels to or more batteries.

That’s a nice package but a few of the features like wireless charging aren’t that useful to me so I wonder what the base materials cost and which skills you’d need to pick up to build an equivalent battery pack with cut down features.

Fully agree. If it’s a big battery focus on that and just provide common outputs. For all the other things people usually already have tools which they can then just plug in.

looks nice, but 3000$, i can pay my electic bill for 6 years, and you can buy a lot of fuel and a nice generator