ZTE launched Project CSX last year in order to let anybody submit product ideas and/or vote for the best choices, and after several months, the winning entry was a phone with an adhesive backcover and eye-tracking function to control the phone without hands. The company has now named the phone ZTE Hawkeye launched a crowdfunding campaign on Kickstarter to raise funds for the development and manufacturing of the smartphone. 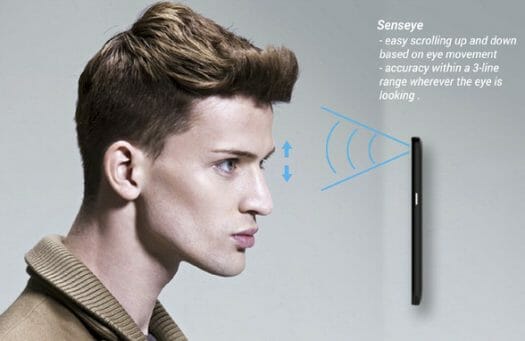 Hawkeye smartphone specifications [Updated on Jan 18 with the released the specs]: 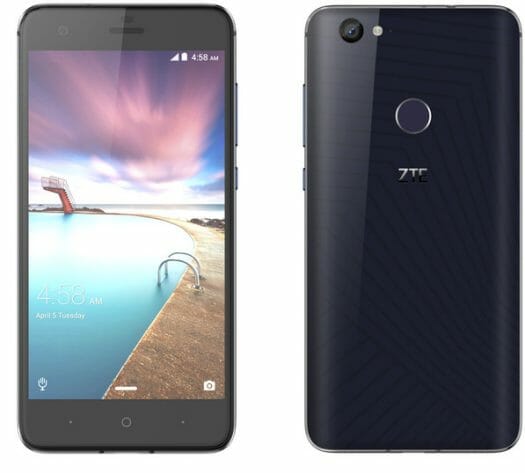 So the company is not quite ready to stick to full detailed specs at this stage of development, but is committed to fulfill the main requirements of the winning concept design, namely:

The two features are demonstrated in what looks like a prototype.

The project might have a hard time reaching its $500,000 target, because of the relatively high funding target, unclear specifications, ZTE decided to launch the campaign right during CES 2017 when many people are flooded by tech news, and this type of hands-free smartphone might be only useful for a limited number of users. If you’d like to contribute to this smartphone with design inputs from the community, you can do so by pledging $199 for the phone and the adhesive case. Shipping is free worldwide, and backers should be sent their rewards around September 2017.

I cringe when big brands use Kickstarter this way. ZTE is a huge company and plenty of access to capital markets, obviously it doesn’t need to go grovelling for cash from Kickstarter backers, especially not for $500K.

@JM
I think that Kickstarter is an excellent market research tool for companies. It even helps with the promotion and is very low cost.

What is that on top of the dude’s head in the promo picture? Is it alive? Or dangerous? LOL.

They’ve finally released the specs: https://www.kickstarter.com/projects/856508640/zte-project-csx-phone-hands-free-eye-tracking-devi/posts/1785645
They should really have figured it out before launching the campaign.

The project has been canceled: https://www.kickstarter.com/projects/856508640/zte-project-csx-phone-hands-free-eye-tracking-devi/posts/1809881

But they’ll still investigate if they can bring a better phone with eye tracking technology and self adhesive backing to the market.