ThingPulse ESPGateway is a WiFi and Bluetooth gateway equipped with two ESP32 modules, two external antennas, and a footprint for an RN2483 LoRaWAN chip.

The two ESP32-WROVER modules communicate over UART, and this design allows one ESP32 to transmit data over WiFi or Bluetooth, while the other remains in promiscuous mode, or transmits data using ESPNow low-power proprietary protocol for applications we’ll discuss below. 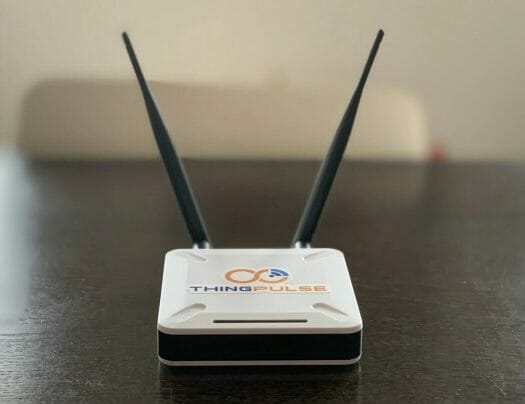 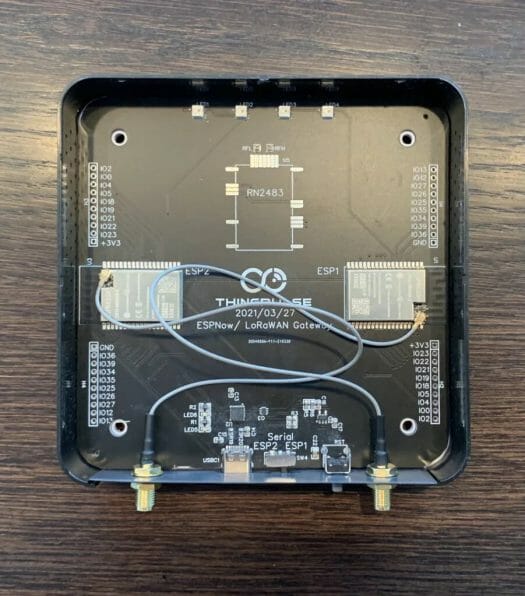 ThingPulse explains in more detail what this type of hardware could be used for in a blog post, namely:

The ESPGateway can be purchased on ThingPulse store for $35 plus shipping.

And device described as a gateway really needs a hardwired connection too. This would add much greater flexibility and increased capability.

By “hardwired” you mean Ethernet over RJ45?

Yes, technically this would make it a “bridge” also with much wider range of applications.

I’m not sure I get this. It’s two ESP32 modules in a box with a UART connection?
Doesn’t a <generic arm sbc> with a USB hub and however many dongles you need do this in a much saner way?

“sane” is probably subjective here. What would you use the USB dongles for? BLE? If you meant WiFi dongles then this wouldn’t cover the ESPnow use case.
Anyone operating a fleet of battery-powered ESP32 devices should seriously consider this. According to their analysis at https://thingpulse.com/esp32-ultra-long-battery-life-with-espnow/ you may get more than 6x as much uptime on a single charge with ESPnow compared to WiFi. There’s quite a difference between 3.5 years and 6 months.

If one is into BLE gateways, then for a few $ more there’s APR Brother’s BLE Gateway 4.0 which is in my opinion a lot more interesting: ESP32 for WiFi or Ethernet with PoE and nRF52832 for BLE. It would be even better with an nRF52840 or another of the more capable nRF5 chips which can do Zigbee, Thread, etc.