While LoRa radios are mostly designed to transmit data from sensors and to actuators, there have been attempts to leverage LoRa for messaging in the past with, for instance, the Meshtastic Mesh Networking Project to help hikers exchanged their GPS coordinates or other short messages, the Raspberry Pi Pico powered PICOmputer with QWERTY keyboard, display, and a LoRa module, and Pine64 is also working on developing LoRa hardware for messaging.

Trevor Attema decided to repurpose his Nokia E63 Blackberry-like phone with a custom STM32H7 board with a LoRa radio while keeping the enclosure, display, backlighting, keyboard, and speaker which he calls the Off The Grid Messenger, or OTG Messenger for shorts. 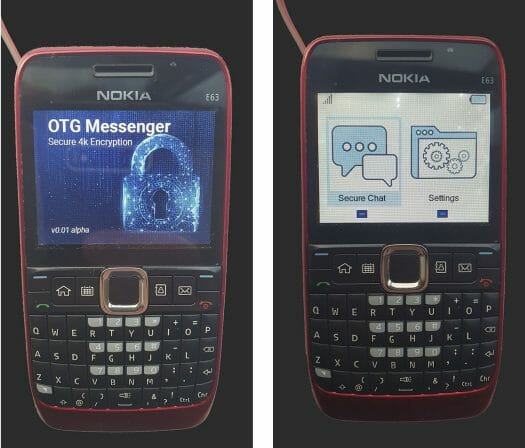 The custom board also adds Microchip ATECC608 crypto authentication chip for encrypted messages, and the LoRa Messenger would allow a theoretical transmission range of 16 kilometers in line of sight which would allow a small group of people to stay connected in an area where cellular networks are not available either due to being in a remote area or a disaster zone. This allows also secure communication, so the telcos and authorities would not be able to (easily) access your communication history.

The software has been written in C/C++ and released on Github. Libraries and tools used for development include STMicro Touch GFX GUI adapted to function with a Nokia e63 keypad, STM32 ChromeART for graphics, STM32CubeIDE, and STM32CubeMX hardware configuration platform. The OTG Messager relies on “self-healing mesh networking” for communication, where each device acts as a relay station. Future updates to the software should include support for group chat, voice messages, and an address book. 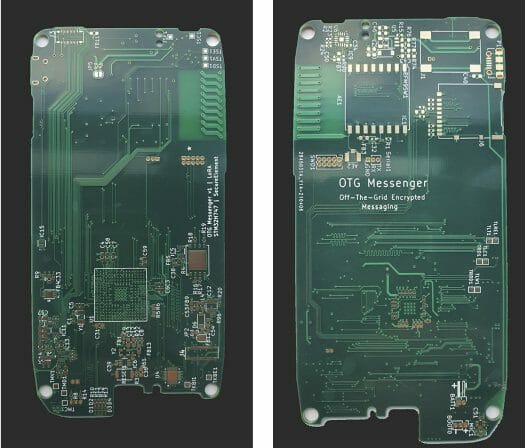 The schematics and PCB layout have not been released, so the OTG messenger is not an open-source hardware project yet, but Trevor says it may become open source if there’s enough positive interest from the community.

I do not know about how the phone case can be sourced but maybe Keyboard FeatherWing may constitute a base for a similar project.