Semtech announced SX1261, SX1262 and SX1268 LoRa chips in January as updates to their current LoRa solutions with a lower footprint, better efficiency, and even longer range.

Mass production and development kits were expected in March 2018, and today I found out Semtech SX1261/SX1262 development kit is sold on Mouser for $305. 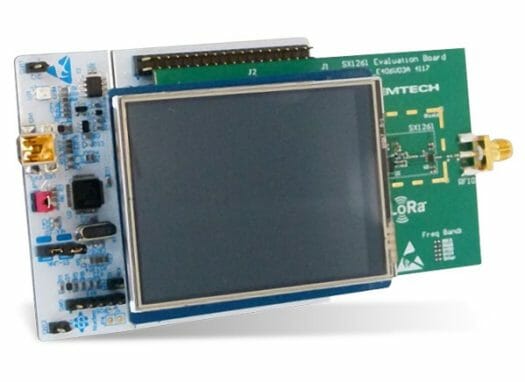 The SX126xDVK1CAS kit comes with the following items:

You’ll find information to get started in the user guide. Basically, the two boards will show a menu on the touchscreen with radio test modes, settings and utilities (e.g. firmware update) as well as two demos:

But uf you want to customize the board firmware, you’ll have to checkout Mbed documentation instead with include Hello World sample and a library.

What is the real difference between SX127x?