Earlier this year we wrote about Mutantc V3 DIY Raspberry PI UMPC after noticing a talk about it at FOSDEM 2021 online conference. MutantC V4 is a new version of the Raspberry Pi handheld PC that is both easier to build and cheaper.

The new model replaces the Arduino Pro Micro board with a more compact ESP32-S2 module and offers a Lite version with even fewer parts (notification LED, IR blaster, IMU, etc..) to make it easier to build. 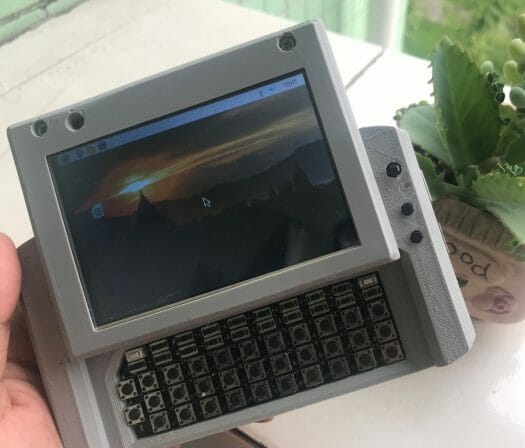 The new MutantC v4 shares many of the same features of the previous versions:

Besides ordering the boards and soldering components, you’ll also need to print the 5 pieces for the housing, and install Raspberry Pi OS, or other OS of your choice, together with the LCD drivers. You’ll find details on the project’s website and Gitlab. Right now the boards are designed with EAGLE, and the enclosure with Fusion360, but the developer plans to switch to KiCad and FreeCAD open-source tools in the next iteration of the design, possibly with the help of the community.

Build a prototype around a Vim3L, Vim3 mini PC, now that would be useful.