Besides the addition of Bluetooth, there are many differences between ESP8266 and ESP32 and one of the lesser-known interfaces may be ESP32’s touch sensor interface.

India-based Electro Point’s ESP32 Touch Matrix makes good use of the touch sensor interface with 25 touch pads arranged in a 5×5 matrix creating a wireless keypad that could connect over WiFi or Bluetooth to a host. 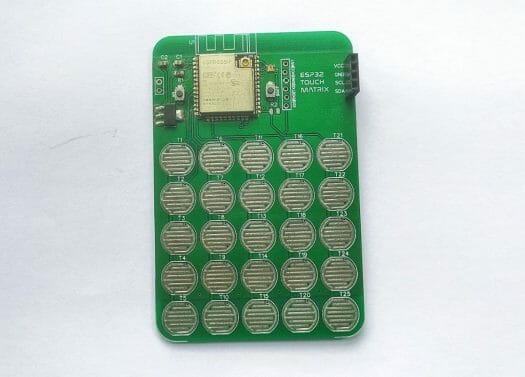 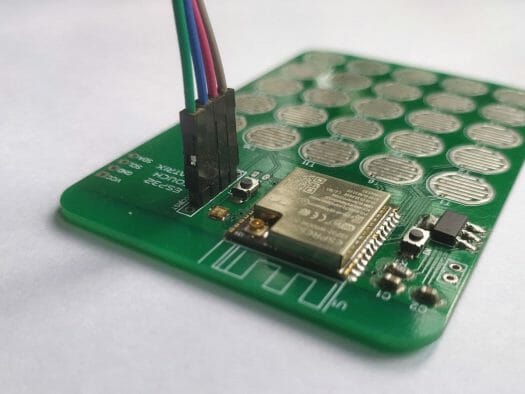 When a capacitive load, such as a human hand) is in close proximity to the sense-pad, the sensor detects the change in capacitance and activates the switch. The board supports multitouch detection, touch interrupts, and more.

The board is not open-source hardware as the schematics have not been released (or well hidden), but Electro Point provides several Arduino samples on Github to test the touch sensor function, optionally with an Adafruit SSD1306 128×64 or 128×32 OLED display attached to the board to show the key presses.

What’s not been developed yet is the code to make this a wireless Bluetooth  LE keyboard, which should be possible considering the hardware used here. Having said that it might not be too complicated to implement, since other people already did the hard work with either an Arduino sketch or an ESP32 BLE keyboard library for Arduino. Some kind of enclosure would have been nice too, but at least it’s a starting point.

The ESP32 Touch Matrix can be purchased on Tindie for just $10 plus shipping. What’s not entirely clear is whether the ESP32 is included for that price, and a photo of the board without any components is also shown. 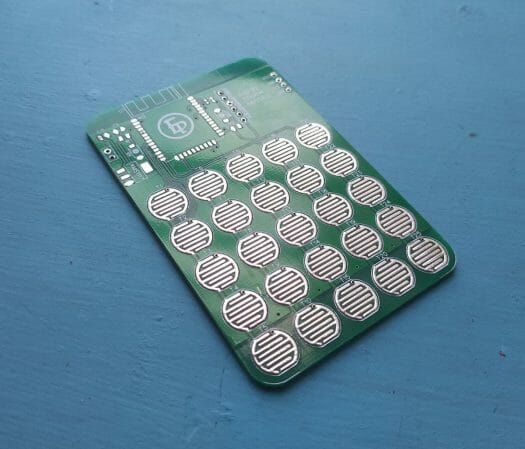 Just a guess but… brilliant. You have to activate two sensors in the matrix, the “regular switch pad” layout allows lots of contact area to intermingle with another. Second guess, it was a handy library module.

Ideal kind of board to make an analog synthesizer with this simple analog human interface.

Why do people always put the sensors and electronics on the same side of the PCB?