As just noted in my article about LILYGO T-32C3 module, the ESP32 Arduino 2.0.0 release happened a few days ago adding ESP32-C3 and ESP32-S2 support to the Arduino IDE.

But the news probably warrants its own post and it is a major release of the Arduino code for ESP32 that also includes other new features and changes namely:

You can find a more detailed changelog, including the exact files changes in the source code, on Github.

to the list of additional board manager JSON files in preferences. 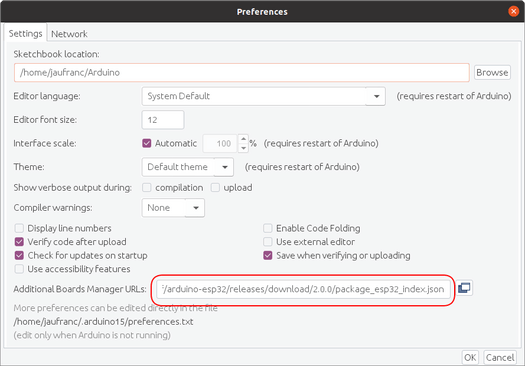 then install the ESP32 board package. 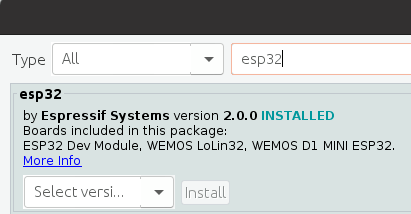 Select an ESP32-C3 board, and compile a sample for fun. 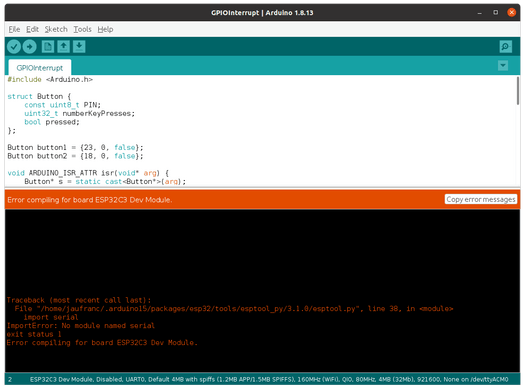 Oops. It did not quite work as expected with the error; “ImportError: no module named serial”.  I’m using the Arduino IDE in Ubuntu 20.04, and I could solve the issue by install the relevant package. 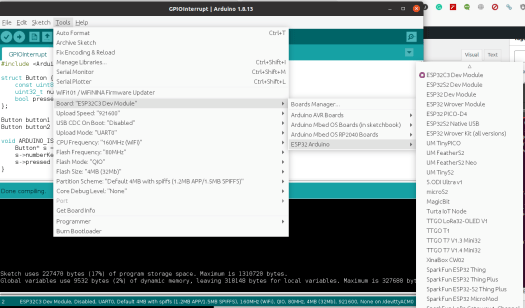 All good, except I don’t have a board yet, so I can’t confirm whether any third-party ESP32-C3 boards are compatible with the Arduino IDE yet, but it should only be a matter of time before more boards are added. By the way, the list of ESP32 boards in the Arduino is getting rather long, and it’s starting to get cumbersome to select the right board…

I’ve justed tested with Freematics Esprit ESP32-C3 board and it works fine.