The OpenCV AI Kit “OAK-D” now has a little brother with the OpenCV AI Kit Lite equipped with the same Intel Myriad X-based DepthAI solution with three cameras, but in a much compact form factor and a price slashed to as low as $79 and up.

Like its predecessor, the OpenCV AI Kit leverage the Myriad X AI accelerator’s capabilities to provide a wide range of real-time computer vision applications, and can be programmed with C++ or Python APIs, as well as graphical user interfaces. 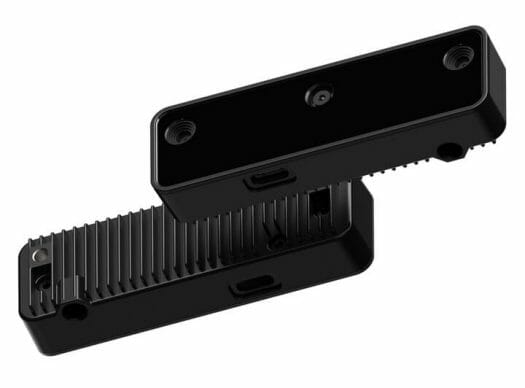 Note that while it’s possible to use a USB 3.0 port to power the board, more demanding applications required a USB power supply. The package includes OAK-D-Lite only, as most people already have a bunch of USB-C cables at home/work. 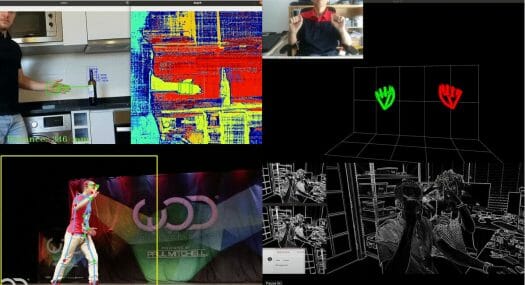 There’s a long list of computer vision features that are made possible with the OAK-D Lite camera including:

You can watch some of those features in action in the promo video below, as well as on the Kickstarter page linked below.

There are several options to program the camera for your projects. The easiest ways should be DepthAI-GUI visual programming WYSIWYG tool called DepthAI-GUI for more complex pipelines, or the Cortic Edge Platform (CEP) that’s more suitable for kids. There’s also the DepthAI API available in C++ or Python, and the computer vision camera is also compatible with the Intel OpenVINO toolkit. Programming is supported in Linux, MacOS, and Windows, and Android has just been added as a stretch goal, so it’s coming too but it will take some time to develop.

What’s not possible is to update the firmware running on the device because of “the closed nature of native tooling”, but Luxonis still provides ways of running custom code through scripting, custom NN models, and OpenCL kernels as detailed in the documentation.

The OpenCV AI Kit Lite has launched on Kickstarter a few days ago and destroyed its funding goal with over $500,000 raised from over 4,600 backers. That means several stretch goals have been met, meaning Yolov5, Android support, and Neural Depth (“Stereo depth meets machine learning”) will be implemented. There’s also a $2 million stretch goal to lower retail price from $149 to $99. But as an early backer of the project, you can get the AI camera kit for $79 (early bird) or $89. The shipping fee is not included, and will be provided once closer to shipping in December 2021 if everything goes according to plans. If you are based in mainland China, Hong Kong, or Macao, you can pledge via Oak China instead.